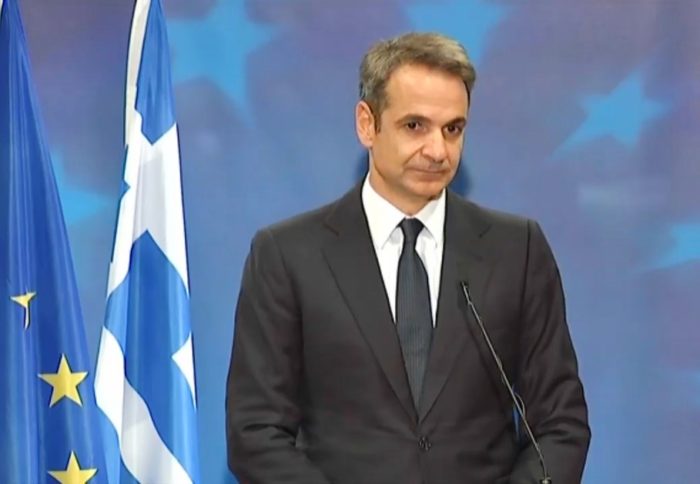 Speaking to reporters in Brussels after the conclusion of the two-day summit of the 28 national leaders of the EU, Greek Premier Kyriakos Mitsotakis said that the EU has pledged to assist its member states which have been hit worst by the ongoing influx of migrants.
”Of course, these countries include Greece, because we receive the biggest pressure on this front,” the Prime Minister noted.
Following persistent efforts made by the Greek delegation, the formal position of the EU, which was adopted in the text of the Council’s conclusions, highlighted that it should and will support Greece and other southern member states in managing migration flows.
Prime Minister Mitsotakis also said that Eastern European states which continue to turn away refugees or migrants in defiance of EU demands should most likely face economic sanctions from Brussels.
Referring to discussions about the next European budget for 2021-2027, the Greek Premier noted that Greece will not accept lower spending in the areas of migration, security and climate change, since this will weaken the Union as a whole.
The Council was preoccupied with whether or not it should begin accession negotiations for two Balkan states, Albania and North Macedonia, and Mitsotakis referred to Athens’ formal stance on this issue.
Prime Minister Mitsotakis said that Greece will not use the negative aspects of the Prespes Agreement to hinder North Macedonia’s path to one day become an EU member state itself, but he still called on Skopje to respect the agreement in its entirety.
The Greek Premier said that Athens is pleased with the fact that the Council repeated its full support of and solidarity with Cyprus, regarding Turkey’s recent illegal actions off the coast of the island Republic.