GRNews
GreekReporter.comGreecePolice Clear Out Another Two Illegal Squats in Exarchia

Police Clear Out Another Two Illegal Squats in Exarchia 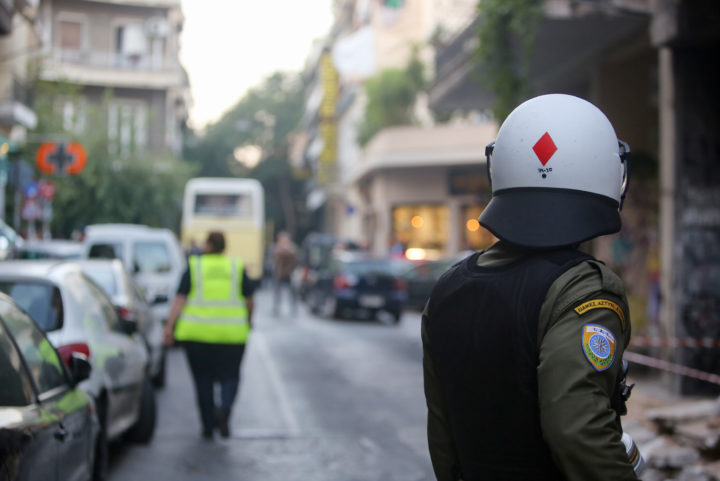 More than thirty migrants were evacuated by police forces on Wednesday morning as part of a new police operation to clear out illegal habitations in the downtown Athens district of Exarchia.
The operation, which was executed by members of the Special Police Forces, was centered around two buildings in Exarchia which were known to have been occupied for years by anarchists and migrants.
The first building to be evacuated was located on Spirou Trikoupi Street, while the other was at the intersection between Themistocleus and Eressos Streets.
In the first building, sixteen men, nine women, and eight children, all of whom were foreign nationals, were removed and taken to police stations for identification.
They are expected to be transported later to already-established migrant camps across the country.
Another migrant was found in the second building.
Greek police have been conducting several operations similar to today’s in an attempt to clear the neighborhood of illegal squatters and those who may pose a threat to public safety.