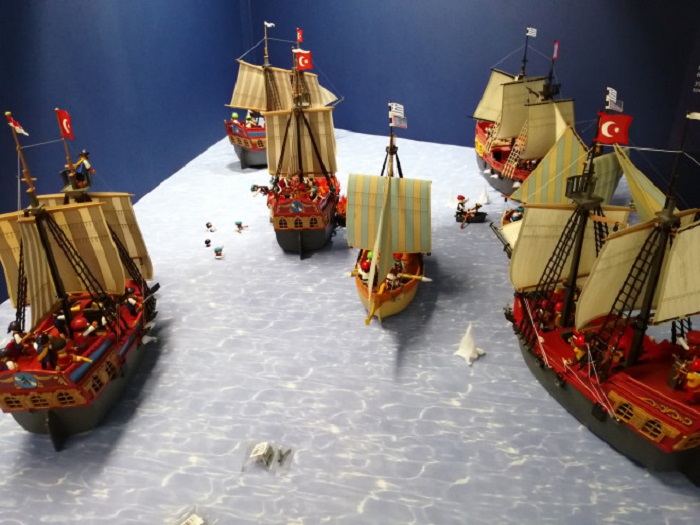 Key events from the 1821 Greek War of Independence have now been recreated with plastic Playmobil figurines and accessories within dioramas. The colorful recreations were shown in an exhibition which opened on Tuesday at the National Historical Museum in Athens.
Laskarina Bouboulina – the first female in the world to be posthumously named an admiral for her services in the war – as well as Greek Generals Theodoros Kolokotronis and Markos Botsaris, are faithfully depicted in the new figurines.
Kolokotronis and Boutsaris were pre-eminent leaders of the Greek War of Independence against the Ottoman Empire, and members of the Filiki Eteria, the secret organization founded in 1814 in Odessa, whose purpose was to overthrow the Ottoman rule of Greece and establish an independent Greek state.
These are only some of the personalities and scenes depicted in more than 20 fascinating Playmobil dioramas and beautifully-realized 3D scenery exhibited there. 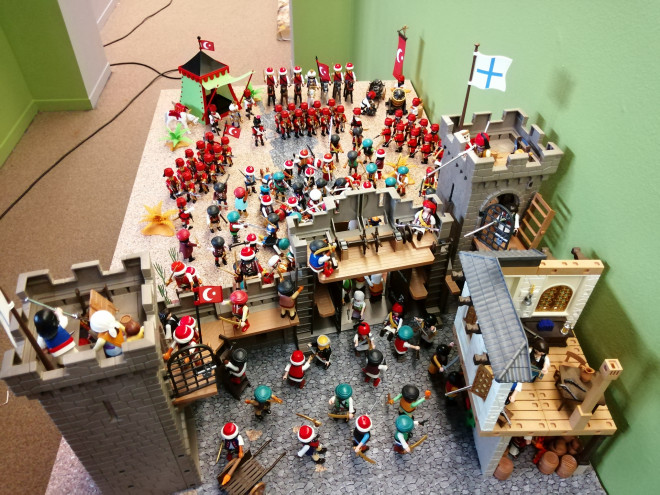 The exhibit is the result of the museum’s collaboration with Playmobil collectors, who own commemorative pieces which are not commercially available, and was made possible with the support of Playmobil Hellas.
Efthymia Papaspyrou, the director of the National Historical Museum, stated in her remarks at the exhibition opening “(historic) events do not change, but the time that passes changes the way we view and project them. They are represented in art with a fresh and more creative outlook, utilizing modern methods that make them more accessible and attractive.” 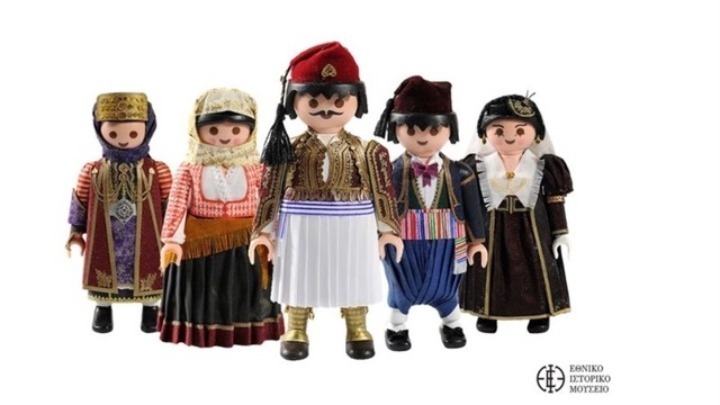 The exhibition’s design and creative direction was undertaken by the museum’s curators, including art historian Natasa Kastritis, archaeologist Panayiota Panaritis and historian Regina Katsimardou.
Kastritis said, “This is the first time in Greece an attempt has been made to depict the 1821 Greek War of Independence with Playmobils and dioramas, and the first time an exhibition like this has been shown in such a museum. We were impressed when we discovered the possibilities Playmobil offers in 3D installations.”
Visitors can search for specific heroes, play entertaining board games, and even virtually launch a naval attack against a Turkish warship, all made possible by a special interactive activity booklet handed out at the museum’s entrance.
The show will run until May of 2020, and is open from Tuesday through Sunday, from 9 am to 2 pm. Admission to the public is free.
Source: AMNA