GRNews
GreekReporter.comLifeeventsAthens Marks Liberation from the Nazis With Ceremony on the Acropolis

Athens Marks Liberation from the Nazis With Ceremony on the Acropolis 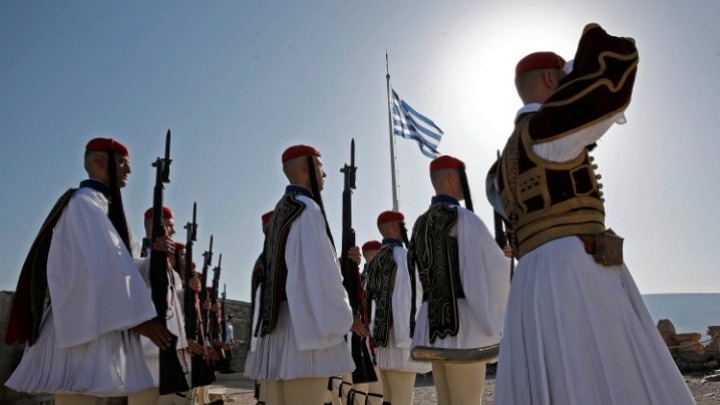 In a ceremony marking the 75th anniversary since Athens was liberated from German occupation on October 12, 1944, the Greek flag was raised on the Acropolis on Saturday.
The event was addressed by the government’s VIce President, Panagiotis Pikrammenos, and attended by National Defence Minister Nikolaos Panagiotopoulos, Deputy Defence Minister Alkiviadis Stefanis and representatives of parliament, the political parties and the chief of the Hellenic National Defence General Staff, General Christos Christodoulou, as well as Athens Mayor Kostas Bakoyannis and large numbers of Athenians. 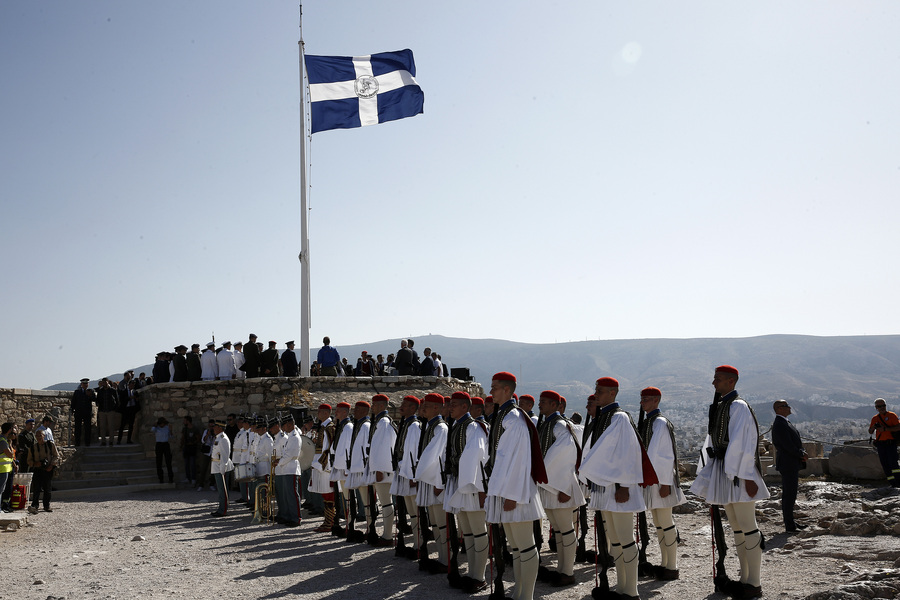 Pikrammenos, who spoke about the historic significance of the anniversary and the struggles of the Athenian and Greek people against fascism and nazism, was followed by Bakoyannis, whose speech highlighting the heavy price exacted from Athens during the Nazi occupation.
“Above all, we must not forget. We must not forget what happened then and afterwards. We must keep in our memory the parts of our history that wanted us to become divided, separated and to turn on ourselves…we forgot the common enemy. Fascism, intolerance, racism and all that stems from fascism,” he said, noting that this enemy was “still alive” throughout the world.
“It may not conquer countries but it invades societies, corrupts souls and governs people. This is a daily, constant battle,” he added, fought with the weapons of justice, democracy, meritocracy and respect for people and civilization.