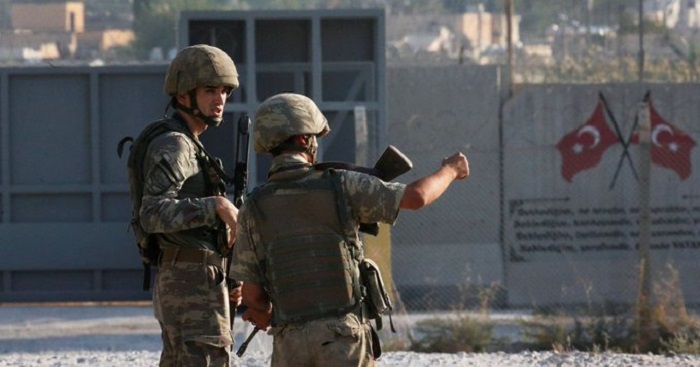 Turkey’s Defence Ministry said that 174 “terrorists” were “neutralized” on Thursday in its cross-border military offensive in northeast Syria. Altogether it claims that 228 Kurdish militants had been killed since the start of the operation.

The ministry on Friday also said that a Turkish soldier has been killed during action in Syria — Turkey’s first military fatality in Ankara’s cross-border offensive, now into its third day.

President Recep Tayyip Erdogan says the offensive is aimed at removing Kurdish-led forces from the border area and creating a “safe zone” so millions of Syrian refugees can be returned.

Heavy clashes between Turkish forces and the SDF continued for a third day at the Syrian border towns. The SDF, led by the Kurdish People’s Protection Units (YPG), has appealed to the US and its allies for a “no-fly zone” to protect it from Turkish air attacks. Turkey considers the YPG a “terrorist” group.

The Syrian Observatory said at least 29 SDF fighters had died, along with at least 17 Turkish-backed Syrian rebels from the Free Syrian Army. It also said the offensive had captured more than 10 villages in the Ras al-Ain and Tal Abyad area, where the SDF appear to be under severe pressure.

Meanwhile, at least six people, including a nine-month-old baby, were killed during mortar and rocket fire from Syria into Turkish border towns, governors’ offices of southeastern Turkish provinces said.

In a joint statement, they said an estimated 450,000 people, including 90,000 internally displaced people, live within 5km (3 miles) of the Syria-Turkey border and are at risk “if all sides do not exercise maximum restraint and prioritise the protection of civilians”.

The organisations described the security situation in the area as fragile, pointing to the “tens of thousands of fighters and their families being held in camps and detention centres”.

“All children must be protected and provided humanitarian assistance, and countries of origin must take immediate steps to repatriate the estimated 9,000 children from at least 40 different nationalities who are in north-east Syria.”