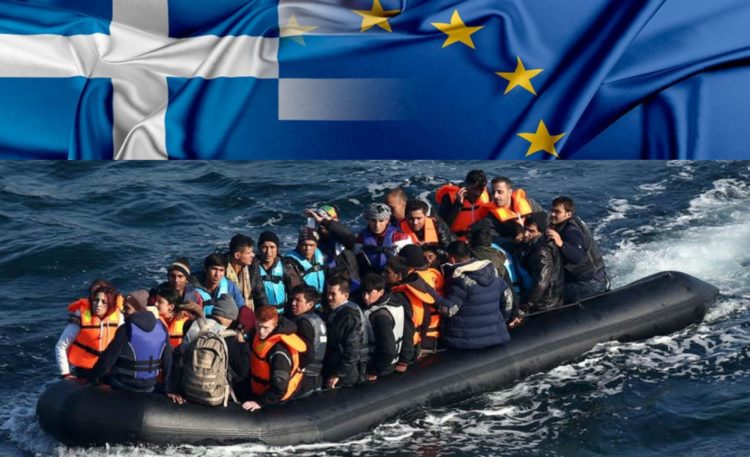 According to a recent study conducted in four EU member states, Greeks have strong feelings in favor of refugees, but at the same time have strongly negative views toward migration as a whole.
More specifically, according to the survey, a strikingly low number of Greek citizens, only six percent, believe that migration has a positive impact on the country. The survey was conducted by Ipsos and the organization “ActionAid” in the nations of Greece, Italy, Austria, and Hungary, as part of the ”CIAK Migration” program, which is funded by the EU.
This was the lowest figure found in any of these four EU states, showing how strongly Greeks are against migration in general, regardless of their party or ideological affiliation.
Fully 64 percent of Greeks said that migration can have a negative impact on a country, with the same figure in Italy being 57; in Hungary, 56 percent of citizens agreed with this position. In Austria the corresponding figure was 49 percent.
Twenty-nine percent of Greeks said that migration has neither a good nor bad impact on society.
However, the vast majority of Greeks, at 70 percent, said that the customs and traditions of migrants who live in Greece and do not violate the laws of the land, must be respected.
Despite the fact that a total of 40 percent of Greeks who participated in the survey said that the country must close its borders to stop more people from entering, a majority of respondents, at 63 percent, stated that this must not happen when it concerns refugees.
More specifically, 72 percent of Greek citizens said that refugees are legally different than economic migrants, since they are displaced against their will; for this reason, these individuals must be welcomed into the country.
The migration and refugee crises have dominated Europe’s public debate since 2014, when the first massive numbers of refugees and migrants began to arrive on the southern shores of the continent.