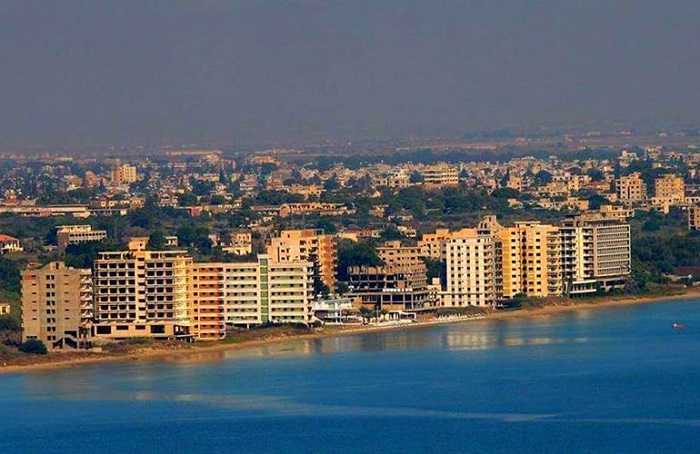 The UN Security Council will hold a closed meeting for unofficial consultations on Varosha, the fenced-off part of Cyprus’s former resort city of Famagusta, on Wednesday.
Security Council members are expected to be briefed on the situation and developments in general regarding the Cyprus problem by a senior representative from the Department of Political and Peacebuilding Affairs at 3 PM local time (7 PM GMT).
According to information on the Security Council’s website, members of the body are likely to “reiterate their support for the previous Council decisions on the status of Varosha and call on both sides to exercise restraint.”
In September, Turkish Foreign Minister Mevlut Cavusoglu declared that the Turkish Cypriots are preparing to reopen Varosha, which was fenced off by the Turkish military after the 1974 invasion and has stayed locked in time.
Varosha is protected by a 1984 UN Security Council resolution, which states that the empty town can only be resettled by its original inhabitants.
The eastern Cyprus suburb, part of the resort city of Famagusta, which used to be known as the “Pearl of Cyprus,” was completely abandoned by its residents who were forced to flee the advancing Turkish forces in 1974.
The UN declared at the time that the legal residents of the town would one day be allowed to return to their homes.