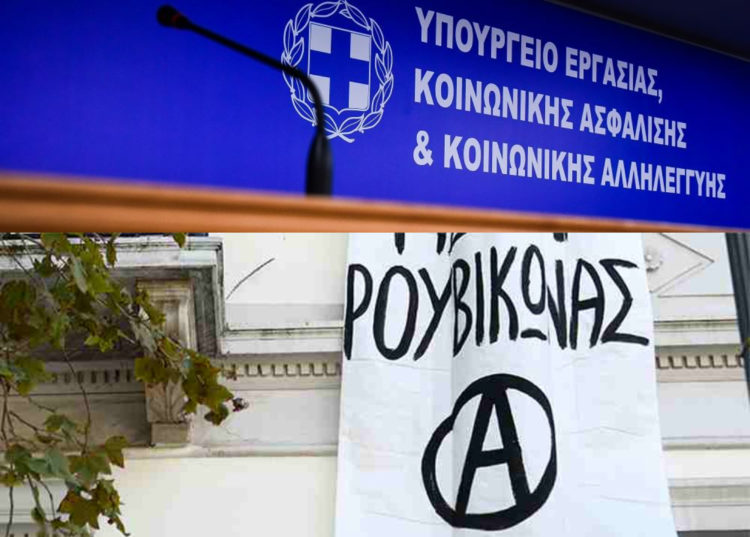 The headquarters of Greece’s Ministry of Labour, Social Insurance and Social Solidarity in downtown Athens was the target of another ”intervention,” as the well-known Greek anarchist group ”Rubicon” terms it, on Wednesday afternoon.
At approximately 1:10 PM local time, twenty members of the Greek anarchist group entered the building on Stadiou Street in the Greek capital.
According to the information available at present, the anarchists managed to get up to the first floor of the building.
They threw scores of leaflets, something that is common practice for this specific group, and then ran away before police and security backups arrived.
The group claimed responsibility for the event on its official website.
Rubicon (“Rouvikonas” in modern Greek), an activist group which claims to be Anarchist in nature, has been active — mainly in Athens — since 2013.