GRNews
GreekReporter.comGreeceAlmost 650 Migrants Land on the Greek Islands in 48 Hours

Almost 650 Migrants Land on the Greek Islands in 48 Hours 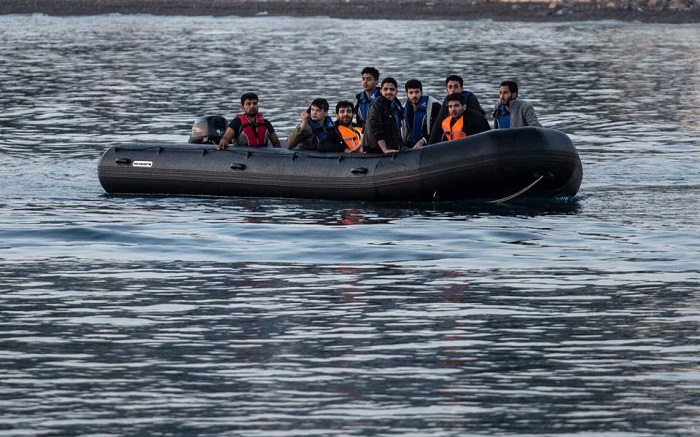 Greek authorities announced on Tuesday that a total of 649 migrants and refugees have landed on the islands of the northeastern Aegean in the past two days.
Of that number, 377 arrived at Lesvos, 244 landed on Chios and 28 landed on the beaches of Samos.
The news comes as Greece, Cyprus, and Bulgaria, the three EU member states closest to Turkey, are expected to demand a response regarding the ongoing migration crisis at the EU summit of ministers of justice and home affairs on Tuesday.
The three southeastern EU nations claim that the EU as a whole has not paid the necessary attention to the Eastern Mediterranean migration route, as it has only focused on Central and Western Mediterranean routes, which primarily affect Spain, Malta, and Italy.
Moreover, the numbers of migrants using these other routes have proven to be less numerous than those arriving via the more eastern route.
Data from the UN Refugee Agency show arrivals from September 30 to October 6 were lower than those recorded the week before, with the number of migrants arriving daily averaging 119 compared to 197 the previous week.
About 15,000 migrants who are believed to be applying for political asylum are currently living in the overcrowded camp of Moria on Lesvos; the majority of those are Afghan citizens (70 percent), followed by Syrians (12 percent), the Congo (4 percent) and Somalia (4 percent).
Children, most of whom are under the age of 12, represent 42 percent of this population, and women make up 24 percent. About 18 percent of the children are unaccompanied or are apart from their families; the majority of these are Afghan nationals.