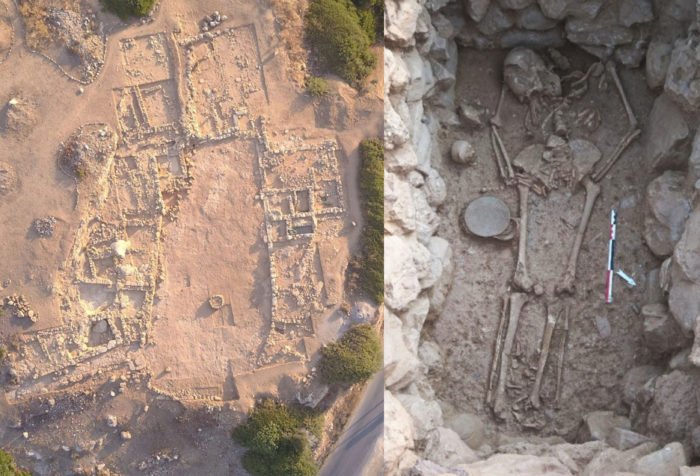 Important remains from the Early Minoan era (circa 2,600 BC), including an intact skeleton of a woman, were revealed recently near the complex of monuments currently being excavated by archaeologists in Sisi, in the Lasithi region on Crete.
“After the abandonment of the settlement by its people, who left almost the entirety of their material culture in loco, a monumental structure was constructed to the east of the village,” the Greek Ministry of Culture noted in its announcement on Thursday.
”This building became the heart of the later west wing. Even though it was destroyed by a fire in 2,500 BC, its remains were almost fully incorporated into the construction of a complex of monumental buildings with a courtyard, which was constructed around 1,700 BC,” the statement noted.
Further excavations have revealed a decorated floor, constructed with a high-quality mortar, and a well-made 33-meter (109-foot) long clay drainage pipe, the ministry said.
Significant finds from lesser-known eras have also been unearthed in other parts of the hill, among them a residence that was destroyed in the Mid-Minoan Era, most likely by an earthquake.

A box-shaped grave belonging to the Post-Minoan era containing an almost intact skeleton of a woman was also found.
A copper mirror with an ivory handle, dress pins made of copper and a necklace with 15 olive-shaped golden beads and fifteen smaller golden beads were also found inside the woman’s grave. These types of graves are rare on Crete and are usually only found in Knossos and Chania.
The Culture Ministry said that over a hundred archaeologists from different nations participated in the 10th excavation period conducted by the Belgian School of Athens in Sisi, in collaboration with the Lasithi Antiquities Ephorate.
The dig near Sisi was under the guidance of Professor Jan Driessen. 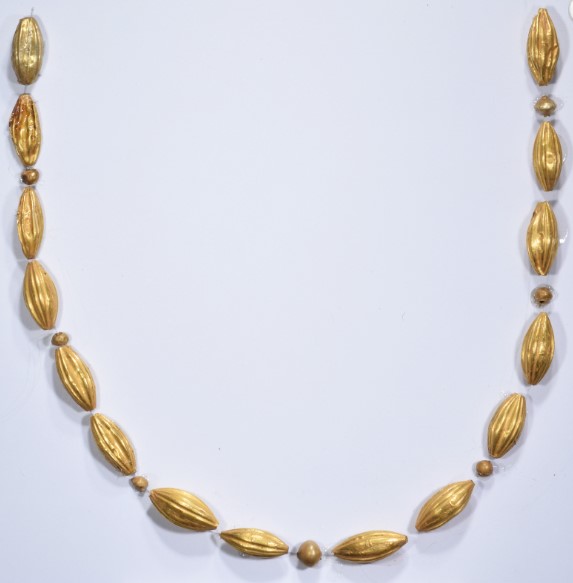