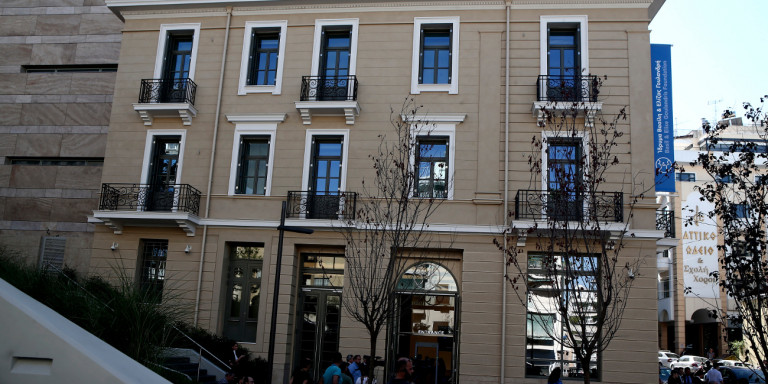 The new Basil and Elise Goulandris Museum of Contemporary Art in Athens was was officially opened by President of the Hellenic Republic Prokopis Pavlopoulos on Tuesday.
Pavlopoulos stated in his remarks that after twenty-six years of planning, the dream of the famous Greek art collectors has finally become reality. He went on to highlight the enormous, multifaceted philanthropic work of Basil and Elise Goulandris, as well as their many contributions to the world of art.
The President of the Republic also pointed out that Basil Goulandris is a brilliant example of a Greek man who not only succeeded in his economic and business activities but gave a great deal back to his country.


The president stressed in particular that Goulandris had followed the unique tradition of Greek shipowners, who have contributed greatly to laying the foundations for Greek shipping to take over the world, while at the same time greatly strengthening the national economy.
Over the decades, since the mid 1950s until the end of their lives, Basil and Elise Goulandris created a fabulous private collection of contemporary artwork which represents the entire history of modern art.
The 180 paintings, sculptures and artifacts are now only waiting to be enjoyed by visitors at the gleaming, new state-of-the-art facility in Athens. 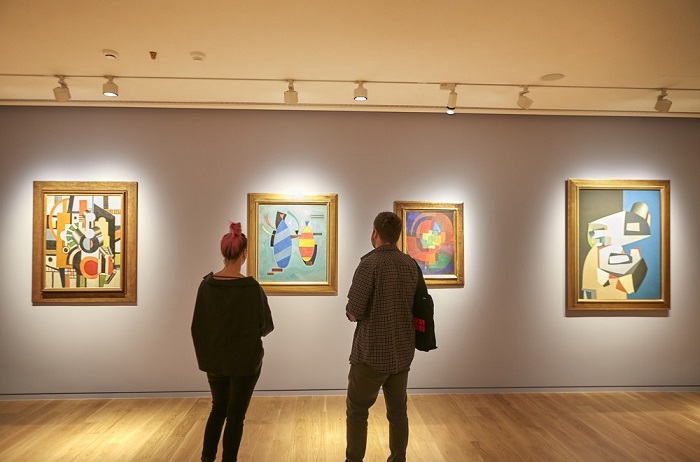 Modern and contemporary works of art, mainly from Europe, have pride of place in the collection, which features paintings and sculptures from 1880 to 1980. On the first and second floors of the building, visitors have the opportunity to discover works by El Greco, Cézanne, van Gogh, Gauguin, Monet, Degas, Picasso, and Toulouse-Lautrec.
There are also works from Georges Braque, Joan Miró, Wassily Kandinsky, Paul Klee, Jackson Pollock, Francis Bacon, Marc Chagall, and Niki de Saint Phalle, among many others, in the new Goulandris Museum of Contemporary Art, located at 13 Eratosthenous Street in the Greek capital.
Related: Van Gogh, Picasso, and El Greco Masterpieces Find New Home in Athens

Recent excavations undertaken by the Ephorate of Antiquities of Lesvos  have revealed new Byzantine structures and baths dating back to the Ottoman era.
Art

Dating in Greece: The Etiquette of the First Rendezvous

Dating in Greece can be a challenge for singles of any cultural background in the era of "political correctness".