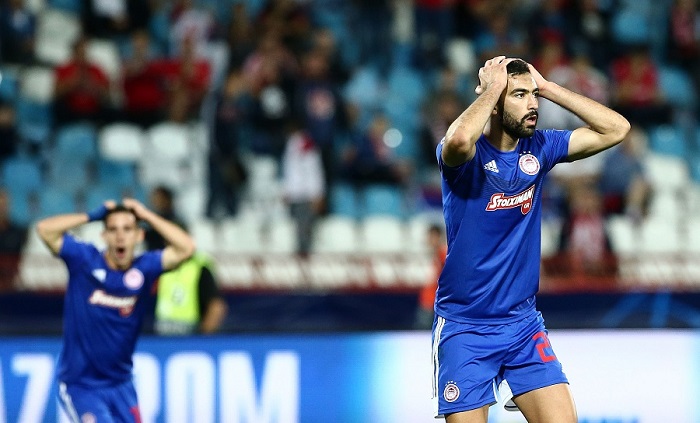 Olympiacos suffered a disappointing 3-1 defeat against Red Star (Crvena Zvezda) in Belgrade on Tuesday as the Greek crumbled in the second half after Algerian Yassine Benzia was sent off.
The sole Greek representative in Champions League conceded three goals in the last half-hour of the game. Goals from Milos Vulic, Nemanja Milunovic, and Richmond Boakye powered the Serbians to victory despite Ruben Semedo’s opener.
Three minutes before the hour mark Yassine Benzia was sent off for his (rather harsh) second bookable offense leaving the Greek team with 10 players. That was the game’s turning point.