GRNews
GreekReporter.comGreeceUN Refugee Agency Calls on Greece to Move Thousands of Migrants to... 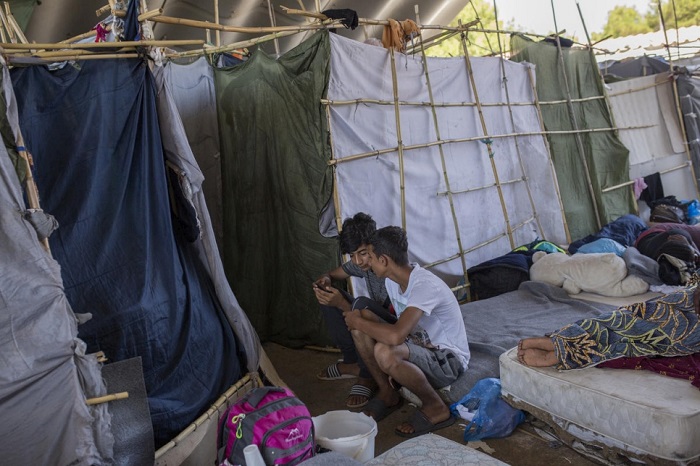 UNHCR, the UN Refugee Agency, called on Greece on Tuesday to urgently move thousands of refugees and asylum seekers out of dangerously overcrowded reception centers on the Greek Aegean islands.
Arrivals of migrants and refugees in September, comprising Afghan and Syrian families for the most part, increased to 10,258 – the highest monthly level since 2016 – worsening conditions on the islands which now house 30,000 migrants.
“The situation on Lesvos, Samos and Kos is critical,” said UNHCR spokesperson Liz Throssell. “Keeping people on the islands in these inadequate and insecure conditions is inhumane and must come to an end,” she added.
“The plight of unaccompanied children, who overall number more than 4,400, is particularly worrying, with only one in four in a shelter appropriate for their age,” she added.
According to the UNHCR, some 500 children are housed with unrelated adults in a large warehouse tent in Moria. On Samos, more than a dozen unaccompanied girls take turns sleeping in a small container, while other children are forced to sleep on container roofs.
Throssell welcomed the measures announced by the Greek government on alleviating pressure on the islands and protecting unaccompanied children, but reserved judgement on measures to speed up and tighten asylum procedures.
“We look forward to receiving details in writing to which we can provide comments,” she stressed.
The UN refers to all those who land on Greek shores as asylum seekers because they will most likely apply for political asylum in order to stay in Europe.