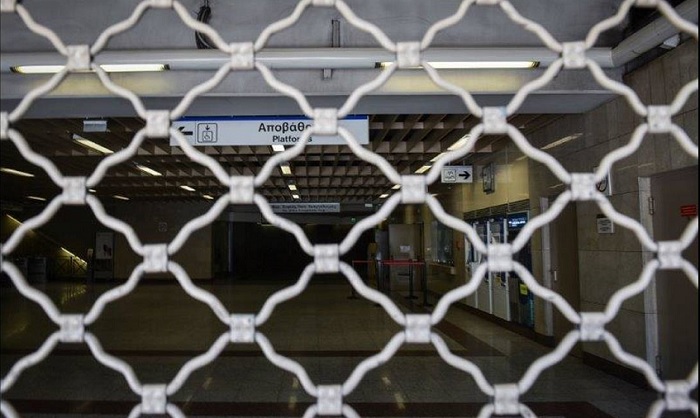 Greek unions have called for a 24-hour strike on Wednesday in protest at the government’s new labor laws that are included in an omnibus bill tabled by the Development and Investment Ministry.
Prime Minister Kyriakos Mitsotakis’ government plans to change some rules on the calling of strikes, allow some changes to collective wage pacts and set up a registry for unions, which accuse the government of trying to control or weaken them.
The strike, organized by the civil servants’ union ADEDY, means there will be no service on Wednesday on the Athens metro, ISAP electric railway, Proastiakos suburban railway and the national rail network. Stoppages in public transport will also affect Thessaloniki.
Other trade unions have joined ADEDY, including the Pan-Hellenic Seamen’s Federation (PNO) which called for a 24-hour strike in all ship categories, in the ports of Piraeus, Rafina and Lavrion. Last week, ferries again had remained docked due to a 24-hour strike against the same omnibus bill.
Journalists will also be joining Wednesday’s 24-hour nationwide strike.