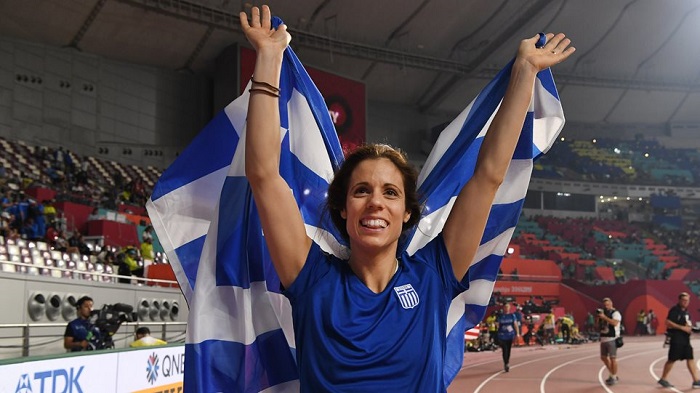 Katerina Stefanidi won bronze in the women’s pole vault at the 2019 World Athletics Championships in Doha on Sunday, with a season-best clearance of 4.85 metres.
The former world champion and Olympic gold medalist could do no better than landing a bronze at the final, clearing 4.85 meters at her second attempt.

This was her top performance for the season, which has not seen her reach the peak of her form, less than a year before the 2020 Olympics in Tokyo. She had traveled to Qatar with 4.83 metres. this season.

🥉 and a SB of 4.85m at the best women's pole vault competition of all time. Couldn't be happier to bring another medal home 🇬🇷 pic.twitter.com/hLVRNEWgDI