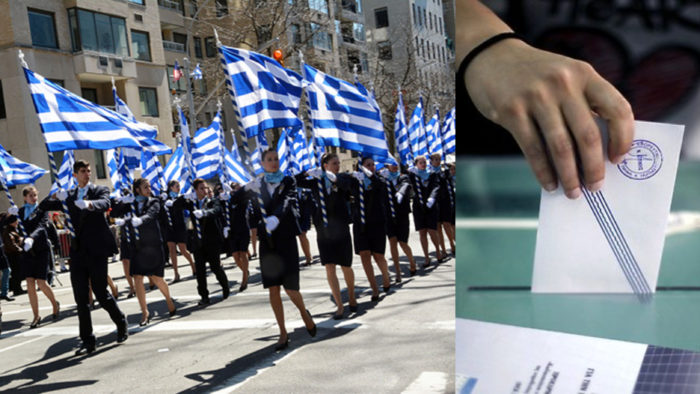 Greek PM Kyriakos Mitsotakis described on Thursday a proposal submitted by main opposition party SYRIZA on the ability of diaspora Greeks to vote in general elections as “deeply offensive,” saying it treats them as “second-class citizens.”
“The proposal is deeply offending for those who choose to vote abroad. Essentially, it tells them that they cannot vote for a prime minister, you will only vote for some lawmakers; therefore, these will be second-class citizens and their vote will not be equal,” he told journalists after an event at the Greek consulate in New York.
The SYRIZA plan would let Greeks abroad have their votes count only toward the election of 12 of the 300 members of Parliament — and not count at all in determining which party comes into power.
Speaking to hundreds of Greeks and Americans of Greek descent in Astoria, New York on Wednesday evening, Mitsotakis promised that his government will introduce the postal, or absentee, vote for all Greeks residing abroad.
“2023 will be the year when — at last — you will vote (in Greece’s national elections) from your place of residence. Your vote will count normally; we will introduce the postal vote,” Mitsotakis said.

However, the Greek prime minister needs the support of other parties in the Greek parliament to change the law.
Mitsotakis said he would meet with other party leaders to try to reach some consensus, as the Conservatives generally control Parliament with 158 votes, but would need 200 to change electoral laws.