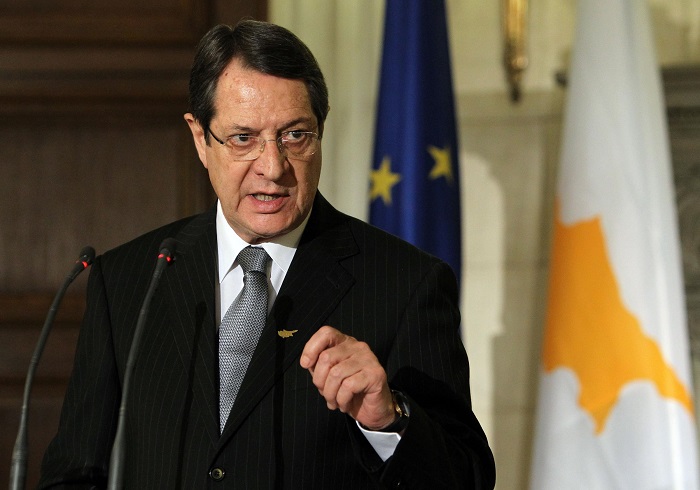 President of Cyprus Nicos Anastasiades said on Saturday that just as he is determined to engage in an honest and creative dialogue, he is equally determined to never do so until Turkey ceases its illegal and provocative activities.
Speaking at an event in London he said: “As determined as I am to enter an honest and creative dialogue, I am just as much determined to never enter a dialogue while Turkey carries on with its illegal activities, violating international law, or threatening to settle in Famagusta.”
“I am happy to say,” Anastasiades added, “that this is the unanimous position of all political forces,” noting that negotiations under the threat of new faits accomplis cannot take place.
It needs great patience to deal with Turkey’s provocations, Anastasiades said, adding that it is with patience that Cyprus is attempting to deal with the matter diplomatically, through the EU and through alliances with other countries, particularly with Greece.
Referring to his upcoming contacts in New York, such as the meeting with the representatives of the five permanent Security Council member states, Anastasiades said he will convey his determination for a new start which would enable the creation of peaceful coexistence and a functional and viable state.
Related: Cyprus Launches Protest on Turkish Provocations at the UN