Thousands of Fish Found Dead Along Shores of Greek Lake 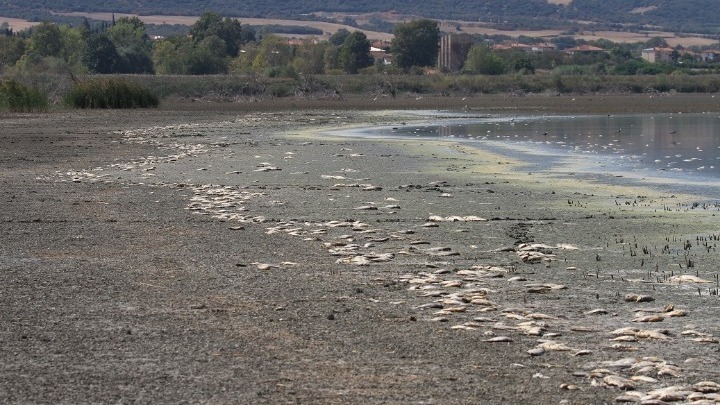 Thousands of freshwater fish, mostly carp, have been found dead this week around Lake Koroneia, innorthern Greece, where water levels have fallen dramatically this year.
Dimitra Bombori, the president of the Management Organization of Koroneia, Volvi and Halkidiki, told the Athens-Macedonian News Agency that “From 2.80 to three meters, which was the depth of the lake until five or six years ago, we have now reached a few centimeters due to drought and lack of maintenance of the infrastructure that feeds into the water supply in Koroneia.”
“We have returned to the past difficult times, when a significant reduction in water, combined with high temperatures, resulted in high fish mortality,” Bombori explained. 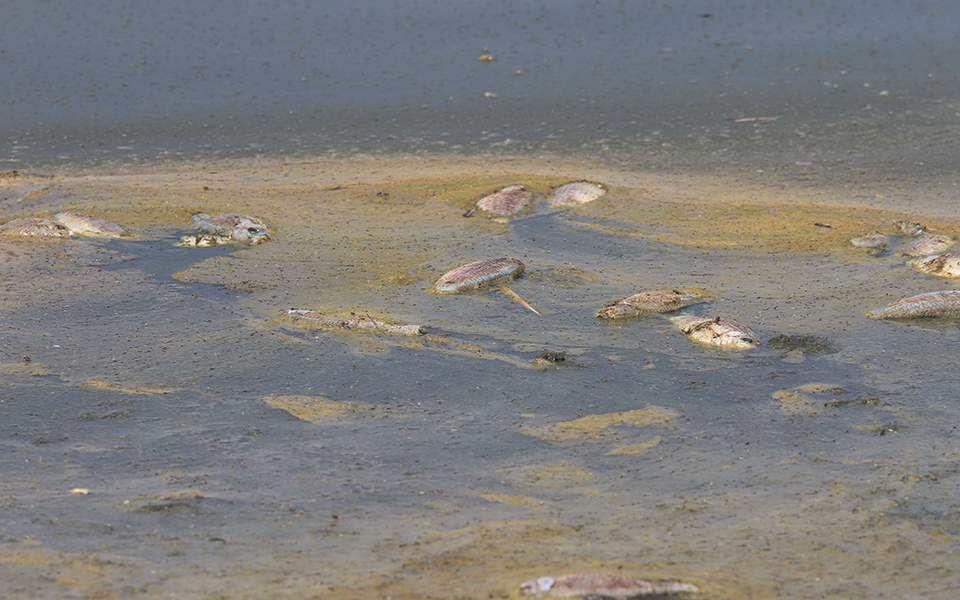 Technical works carried out in 2012 had helped restore the lake’s connections to streams which replenished the lake, and the fish population had grown significantly, with eight to nine species observed at that time, she noted.
In addition to the current drought, an important factor contributing to the reduction in water levels was the blocking, by debris and reeds, of the canal created to divert water from two gullies into the lake. Additionally, the sluice gates, which are opened occasionally to channel water into Koroneia, have not been maintained.
According to Bombori, replenishing the water level of the lake largely depends on current hydrological conditions, but it also relies on timely maintenance work — which has not been completed because no manager has been appointed to claim the funds required.
It should be noted that a few days ago, Environment and Energy Minister Kostis Hatzidakis visited the area, accompanied by the Environment and Water secretary general Konstantinos Arabosis. The officials were briefed on the progress of a master plan for restoring the lake.
Hatzidakis had announced a simpler system for these protected areas at that time, so that there is one coordinator, and direct funding from the environmental ministry, for all the wastewater treatment plants around Koroneia.
The Minister believes that such measures are now needed in order to keep the lake healthy and functional.
Source: AMNA