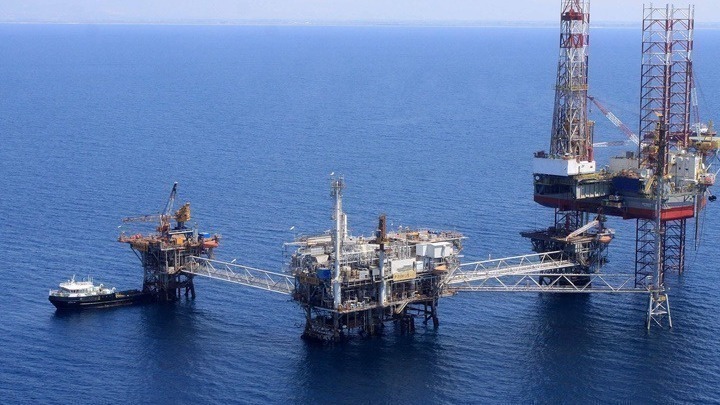 The proposed contracts for hydrocarbon exploration in four areas of the Mediterranean off Crete and the Ionian islands were brought before the Greek parliament on Wednesday for discussion and ratification.
The contracts include the area designated as “Ionio,” with rights given to the Spanish-based consortium Repsol Exploracion and the Hellenic Petroleum company HELPE; “Block 10 Ionian Sea” in the Gulf of Kyparissia, which belongs to the SW Peloponnese company and HELPE; and the maritime areas west and southwest of Crete, whose rights belong to a consortium of Total, ExxonMobil and HELPE.
Ratifying the contracts will strengthen the sector’s contribution to the Greek economy, the introductory report said, with the income providing valuable offsets to local communities and much-needed revenue to the state budget.
In addition, ratification will further establish Greece’s role as an energy hub, following on the natural gas pipeline TAP and other oil and gas projects. The latter include the resources belonging to the areas designated as “Katakolo,” “Ioannina,” and “Patras Gulf (West),” which were all signed in 2014.
Other oil and gas concessions include “Etoloakarnania,” “Northwest Peloponnese,” “Arta/Preveza” and the “Maritime Area 2” in the Ionian Sea, with the rights for these areas all assigned in 2018.
According to the report, the drilling “Essentially concerns the exercise of national sovereignty and national sovereign rights by the Greek state on hydrocarbon resources.”
Provisions of the contracts for the Cretan and Ionian beds include an 8-year limit on their exploration, and a 25-year limit on exploitation.
If hydrocarbons are found, the state stands to gain 40 percent of the total investment revenues, broken down as follows: 20 percent as income tax plus 5 percent as regional tax, with the rest being income on royalties based on a rising scale linked to hydrocarbon volume.
In addition, all the contracts include strict regulations on environmental protection and reduction of environmental threats during both the exploration stage and the exploitation stage of their development.
Source: AMNA