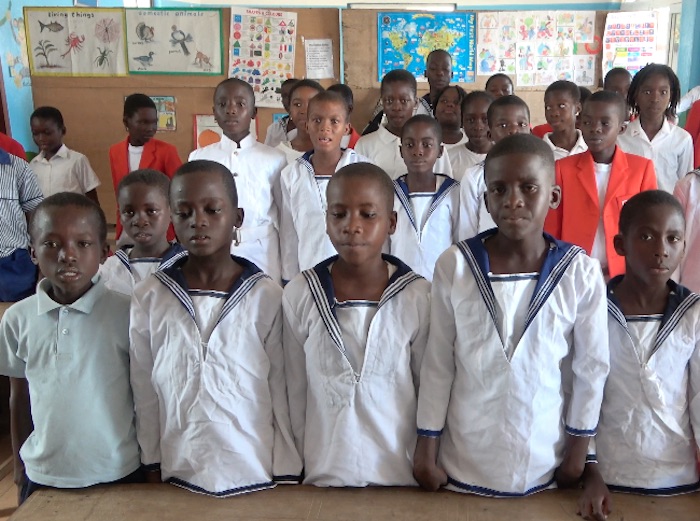 Following the construction of a Greek Orthodox church in 2008, Tema New Town in Ghana was soon to obtain an additional gem, this time in the realm of education. And the institution has become a vital gift to the local community, succeeding far beyond its Greek founders’ wildest dreams.

Built next to the shrine of Saint Nicholas, the patron Saint of children and seafarers and one of the most popular and beloved saints among Greeks, the elementary school was established to help the local community and its most vulnerable members.

Its motto is the phrase ”Every Child has a Right to Education.”

The Preparatory School of Saint Nicholas, as it is named, began its operation with just 28 pupils, ranging from between four to six years of age. However, the school proved to be so hugely successful that it managed to grow rapidly right from the start.

Today, Saint Nicholas Preparatory School in Tema New Town, Ghana, has gone far beyond its original aims. It now teaches its ninety students both the Greek and French languages, along with a wide variety of other subjects.

Its work continues to highlight the vital importance of education, no matter where a child comes from or how difficult his or her life can be.

Watch the magical moment when the student’s of St. Nicholas School are singing the Greek National Anthem to pay tribute to the Greeks who support their education, during our filming for an upcoming short doc.