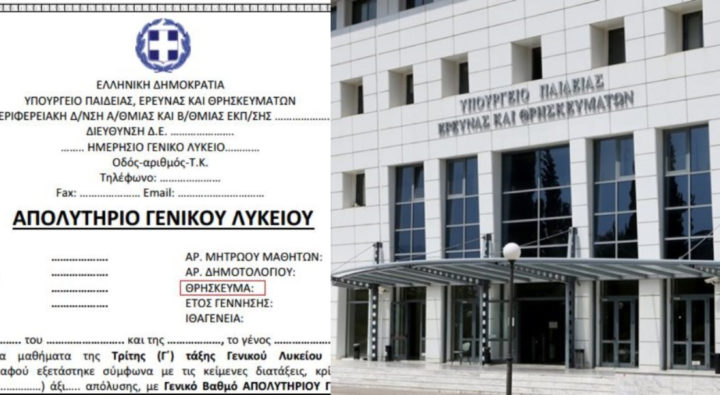 The Greek Ministry of Education announced on Tuesday that from now on, all diplomas issued by the country’s secondary schools will include neither the citizenship nor the religious affiliation of the students.
This comes as a result of a recent decision by the country’s Personal Data Protection Authority, which requested the Greek state to cease including this personal information in its archives and recording it on the diplomas it issues to students.
”In compliance with the number 28/2019 Decision of the Personal Data Protection Authority, the Ministry of Education and Religious Affairs has launched an amendment so that religion and citizenship are no longer listed in school records, diplomas, and the “myschool” information system,” the statement noted.
Speaking about the decision, Minister of Education Nikki Kerameus said that her Ministry decided to go ahead with this amendment in order to comply fully with both national and European laws.
Up until now, all diplomas issued by Greek schools included the religious beliefs of the student as well as a notation of his or her citizenship, and this information was kept in the schools’ archives.