By Tasos Kokkinidis
September 16, 2019
Facebook
Twitter
WhatsApp
Linkedin
Email
Champion PAOK swept all three points in injury time in their clash against Atromitos in Athens on Saturday thanks a header by defender Jose Angel Crespo to win 3-2.

Aris trashed Panathinaikos 4-0 victory over at the Kleanthis Vikelidis Stadium in Thessaloniki. Goals from Giannis Fetfatzidis, Fran Velez and Nicolas Diguiny – both of which were also set up by the excellent Fetfatzidis – and a Brown Ideye strike saw Aris complete a resounding victory over Giorgos Donis’ youthful side.

AEK cruised to a win against Lamia 2-0 at the Olympic Stadium. Two goals at the end of the first half proved enough for the home side. 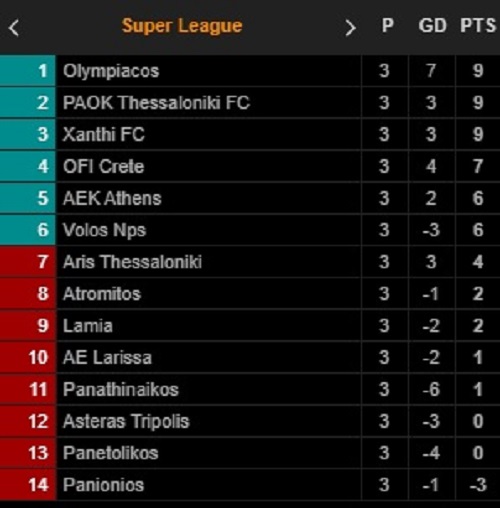