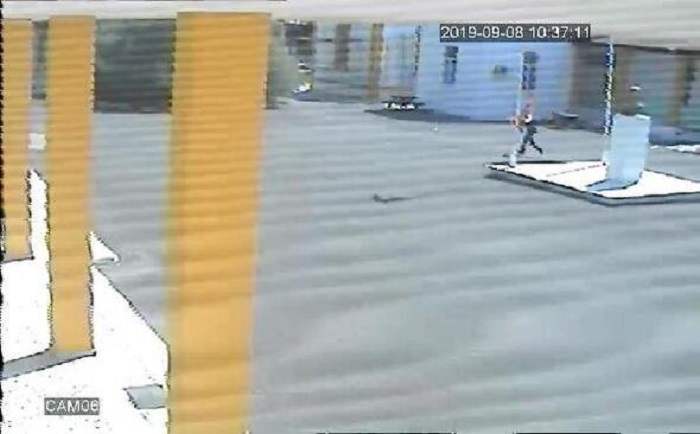 Authorities in the Turkish-occupied north of Cyprus have issued an arrest warrant for a 16-year-old Greek-Cypriot boy for allegedly taking down a Turkish flag from a schoolyard in the occupied town of Lysi.
The incident, captured on a CCTV camera, reportedly occurred last Sunday as hundreds of Greek Cypriots were visiting the town for a liturgy at the Greek Orthodox Church of Panagia (Holy Mary).
The footage shows the 16-year-old boy taking down the Turkish flag after jumping over a fence into the schoolyard.
Turkish Cypriot Authorities there also accuse him of making off with a portrait of the late Turkish-Cypriot leader Rauf Denktash from a classroom.
The teen took both items with him to the government-controlled areas, which he reached using the crossing at Pergamos.
Snapshots of the CCTV footage showing the flag lowering, reminiscent of the tragic incident of Solomos Solomou in 1996, made the rounds of social media and news reports on Thursday.
The Greek-Cypriot mayor of Lysi, Andreas Kaouris, condemned the young man’s act.
“The love for Lysians [for their hometown] was massively and universally manifested last Sunday, with the arrival of two thousand and more people. In no way it can be overshadowed by any single incident caused by 16-year old,” he stated.