Medieval Illuminated Manuscript on Alexander the Great Displayed in Thessaloniki 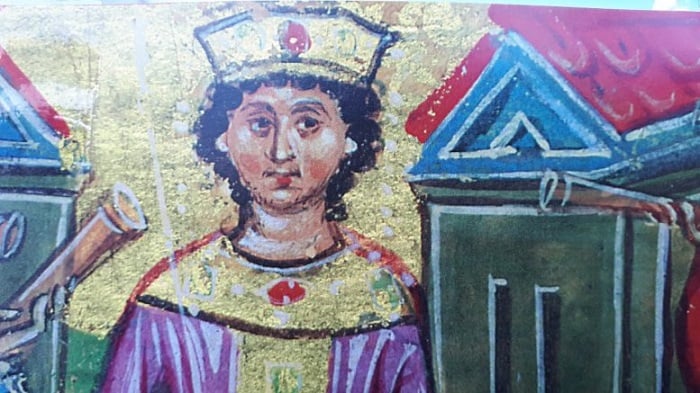 A unique medieval illuminated manuscript on the life of Alexander the Great has been unveiled in digital form to the public for the first time ever, in an exhibition which was created as part of the 84th Thessaloniki International Fair.
The exhibition, set up in collaboration with Greece’s Foreign Ministry and Education Ministry, is being shown in Thessaloniki’s Alexandreio Melathron indoor sports complex, where it will run until September 16.
According to researchers, the manuscript is a romance based on the life of Alexander the Great.
It gives a detailed account of the events before and during his campaign of conquest, which took him as far as India, where he also carried the ideals and values of Greek thought and science taught to him by his teacher, the Greek philosopher Aristotle.
This specific account was the most widely-read romance in the Middle Ages and it was translated into thirty languages, overcoming the great boundaries of language and culture to spread throughout the world and act as an inspiration to historians, writers and even playwrights. 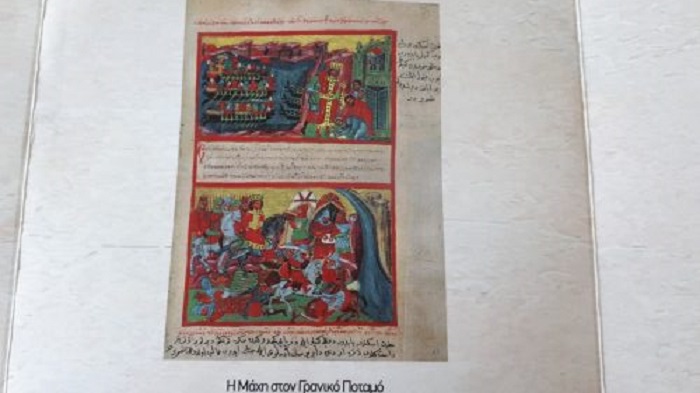 The priceless manuscript takes an almost “cinematic” approach to the life of the ancient Macedonian king, including more than 250 illuminated illustrations richly decorated in brilliant colors and gold leaf.
The codex has now been fully digitized, and is being presented in the exhibition titled “The Legend of Alexander the Great as a Byzantine Heritage: The Testimony of a Byzantine Manuscript.”
The events of the Macedonian conqueror’s life story are relayed through holograms and 3D projections in the exhibit, which will soon be sent around the world, with stops in New York, China, Istanbul, and Jerusalem, among other cities.
According to Christos Arabatzis, the president of the Venice Hellenic Institute’s Supervisory Committee, the “Codex 5” is unique in the entire world, since it is the most richly-illustrated version of the Alexander romance, and it also has exceptional artistic value in and of itself.
According to Byzantine expert Flora Karagianni, the Alexander Romance appears to be based on an account by the ancient historian Callisthenes who had accompanied Alexander on his campaign, which he had written shortly after Alexander’s death.
In the centuries that followed, this became the most widely-read romance of medieval times, spreading from Istanbul to the west and from the city of Trebizond east to Mongolia, Persia, Sumatra and China – even making its way into Islamic religious texts.
“For the Byzantines, especially, Alexander came to have almost mythical dimensions, fighting whole armies, mythical monsters and defeating many Roman and then Byzantine emperors… he was the model of a hero, warrior and hunter,” Karagianni said.
In the mid-14th century, Alexios III Megas Komnenos of Trebizond ordered a manuscript with the Alexander romance to be prepared for his personal library. This was then copied down and illustrated with four miniature illustrations depicting Alexander’s life and accomplishments, she added.
When the city of Trebizond was conquered in 1461, an unknown individual who was part of  the new Turkish society there added notes to each illustration in Ottoman Turkish script.
Somehow, by some near-miraculous, still-unknown means, the manuscript resurfaced in the hands of Konstantinos Maroutsos, a Venetian merchant, in the early nineteenth century — and thanks to him, the priceless book was given back to the Greek community.
Source: AMNA