GRNews
GreekReporter.comEuropeJesus on a Donkey? Use a Scooter, Says Animal Rights Organization PETA

Jesus on a Donkey? Use a Scooter, Says Animal Rights Organization PETA 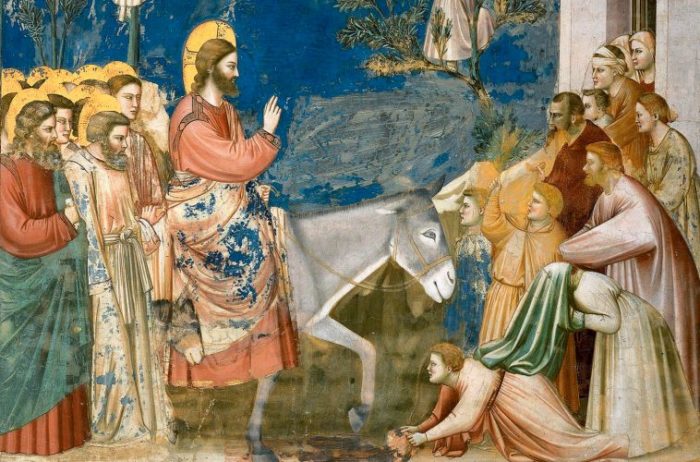 The well-known animal rights’ organization PETA has recently demanded that a Bavarian town in Germany stop using donkeys during a religious and folkloric pageant held every year.

The town of Oberammergau in the southern German state of Bavaria organizes an extremely popular and well-regarded annual presentation which is dedicated to the last days of Jesus Christ.

Religious pilgrims come from all over the world to Oberammergau to see the spectacle in person every year.

The man who represents Jesus rides a donkey in the pageant in order to simulate Jesus’ glorious entrance into the city of Jerusalem at Passover time.

Peter Hoffken, a spokesperson for PETA in Germany, told reporters recently that in our times, Jesus would no longer travel on a donkey.

”He would probably move on an e-scooter or some other electric vehicle that is kind to animals and the environment,” Hoffken opined.

For this reason, PETA is asking the pageant’s organizers to stop using donkeys and adopt a more modern version, by showing Jesus on an e-scooter during their event.

The peculiar proposal from the organization asked for the controversial changes to begin with Oberammergau’s universally-beloved ”Passion Play” of 2020, next spring.

According to German media reports, the organizers have said that they agree to comply with all regulations regarding animal welfare, but the use of an e-scooter during their event is simply out of the question.