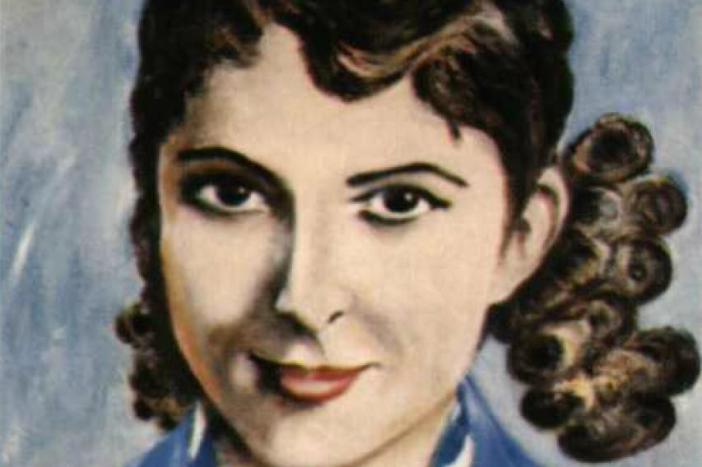 The name of Hero Konstantopoulou will remain in Greek history as synonymous with bravery and patriotism. The beautiful 17-year-old girl was killed by the Nazi conquerors on September 5, 1944, only one month before the liberation of Greece.
Hero Konstantopoulou was born into a wealthy Spartan family in Athens on July 16, 1927. She was only 14 years of age when in April of 1941 the German army invaded Greece to establish three and a half years of tyrannical rule which left hundreds of thousands of Greeks dead.
Konstantopoulou was a high school student when she joined the resistance organization EPON. Despite her young age, she was active in the resistance against the occupying forces, defying the danger that she knew this entailed.
In early July of 1944, the teenage girl was arrested at her home by the Security Battalions, the Greek Police which cooperated with the Germans during the Occupation. However, her wealthy parents were able to use the connections they had, and managed to have her released. 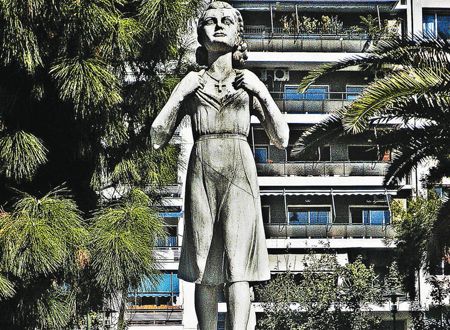 The second time the 17-year-old girl was arrested she was not as fortunate. Hero was apprehended by the SS on July 31, 1944, after she participated in an act of sabotage on a train carrying ammunition for the Wehrmacht forces.
Konstantopoulou was jailed in the Kommandantur detention facility on Merlin Street where she was tortured for three weeks in an effort to try to force her to name her comrades in the resistance.
The Germans also tried to tempt her to betray her colleagues, but to no avail. Finally, without receiving the information they desired from the courageous young girl, the Nazis put her on death row at the Chaidari concentration camp.
On September 5, 1944, Hero was led, along with 49 other prisoners, to the Kaisariani Shooting Range, a place used by the Nazis as an execution grounds.
She was shot seventeen times — one bullet for each year of her life — to set an example for other resistance fighters, the Germans said. The young heroine met her end only 37 days before the Nazis left Athens, on October 12, 1944.
On December 29, 1977, the Academy of Athens honored the heroine with a posthumous award for her supreme sacrifice, on the recommendation of Professor of Philosophy Ioannis Theodorakopoulos, thus recognizing the contribution of the resistance group EPON to the struggle for liberation.
In 1981, scriptwriter Nikos Foskolos made a film about her short life, titled “17 Bullets for an Angel: The True Story of Hero Konstantopoulou”, which starred Mary Vidali. 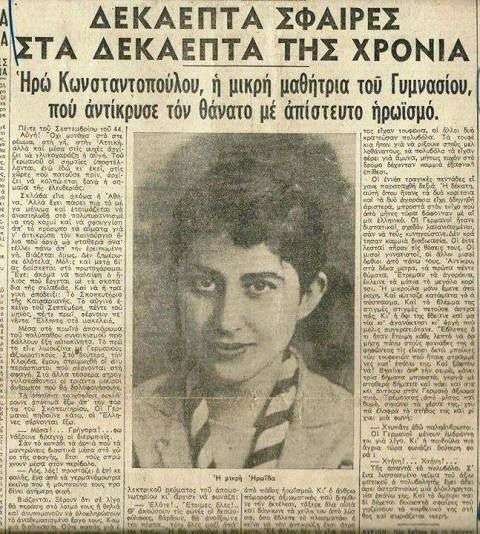