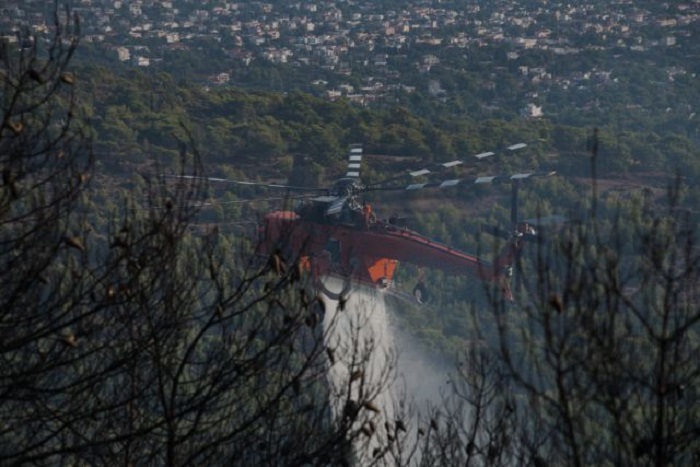 A large wildfire that broke out in the coastal town of Nea Makri in east Attica on Wednesday night is the work of arsonists, said a high ranking Greek Fire Service officer.
Lieutenant. General Nikos Spais noted that the fire started about two hours after midnight on Wednesday in the area of Livisi, while a second blaze broke out a few minutes later nearby.
“It’s obviously the work of arsonists, as the fire broke out this time of night on two different fronts,” he explained.
The fire continued to rage for a second day with more firemen sent to ensure that no new areas would ignite.
Authorities said 138 firemen, four water-dropping aircraft and five helicopters have been deployed in the area, and that some houses were evacuated as a precautionary measure.