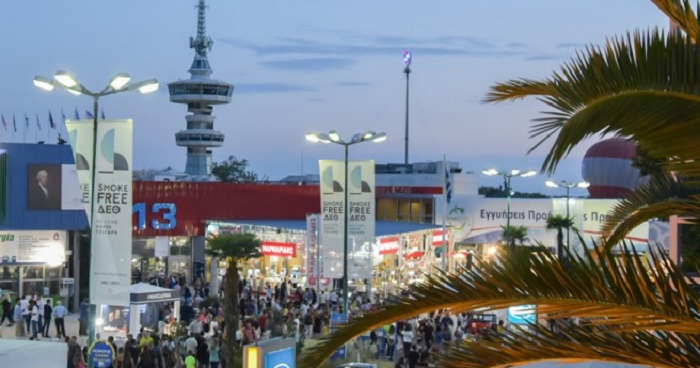 The annual Thessaloniki International Fair (TIF) is considered the largest business, political and trade event in all of southeastern Europe. The exposition brings together professionals and buyers from across Greece and the broader region, representing a market of 100 million consumers.
The fair was first held in 1926, making this year’s fair the 84th annual event. Every year a different country is honored as the most important guest, highlighting all the opportunities associated with that nation. This year’s honored country is India, while last year it was the United States of America.
The 84th TIF will kick off on Saturday, September 7, 2019 and offer a full slate of events through Sunday, September 15, 2019 at Thessaloniki’s HELEXPO Fairgrounds.
Besides its commercial importance, the event has also gained great political significance, since it is customary for the country’s prime minister to set out his government’s policies for the coming year in a speech at the annual TIF.
Greek Prime Minister Kyriakos Mitsotakis has laid the groundwork for what his speech will include, on Saturday, September 7th, through his slogan “Growth for All.”
Mitsotakis is expected to present, in detail, his government’s plan which includes tax cuts for all, the creation of new, well-paying jobs and the promotion of security in neighborhoods and communities around the country.
He will also point out initiatives which have already been executed, such as the overcoming of obstacles responsible for the blocking of a series of large investments which will create tens of thousands of new jobs.
Three enormous investment projects have already been facilitated since the new government won the general election on July 7th, including the project at Athens’ former airport in Elliniko, Cosco’s sweeping plans to develop the port of Piraeus and Eldorado Gold’s mining venture in northern Greece.
The Greek Prime Minister will refer to what has already been implemented by his government for the economic recovery of the middle class and low-income earners, i.e. a reduction in property taxes and the implementation of a 120-installment payback plan for those who owe money to the tax office and/or pension funds.