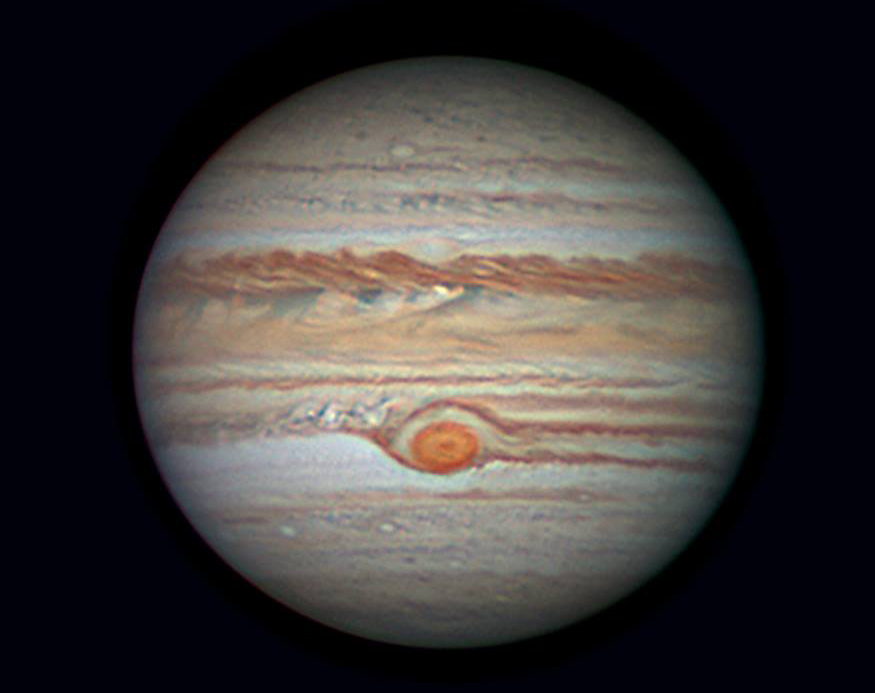 Researchers from the Carnegie Institution for Science announced last year that they had found twelve new moons orbiting Jupiter, the largest planet in our solar system.

This new discovery has brought the total number of moons orbiting around the planet of Jupiter to a whopping seventy-nine.

The names which were bestowed on five of the twelve new moons came from a contest run by the Carnegie Institution for Science, an organization for scientific discovery, with the approval of the International Astronomical Union (IAU), the official arbiter of astronomical names. The names were announced on August 26th.

The IAU traditionally gives temporary names to planets and moons which have been recently discovered, and subsequently announces a process for the assignment of permanent names. Recently, the public has had the opportunity to contribute name ideas by participating in naming contests.

However, when it comes to Jupiter’s moons, astronomers have a strict naming scheme that the researchers wanted to be followed. Earlier this year, participants in the Jovian moon naming contest had to work within the technical requirements put in place by the IAU.

These instructions included matching the direction of the moon’s orbit, which affects the final letter of the name, and staying within character limits.

“There are many rules when it comes to how we name moons,” Carnegie’s Scott Sheppard, leader of the team who discovered the new moons, said in a statement.

“Most notably, Jovian naming conventions require its many moons to be named after characters from Greek and Roman mythology who were either descendants or consorts of Zeus or Jupiter,” he said.

The names were collected from Twitter suggestions under the hashtag #NameJupitersMoons, which were then sent to the IAU for approval. The approved names are the following:

“Pandia” (formerly S/2017 J4), is the daughter of Zeus and the Moon goddess Selene, who is the goddess of the full moon.

“Ersa” (formerly S/2018 J1), is also the daughter of Zeus and the Moon goddess Selene, and sister of Pandia. Ersa is the goddess of dew.

“Eirene” (formerly S/2003 J5), is the goddess of peace and the daughter of Zeus and Themis, who served as the ancient Greek Titaness “of divine law and order.”

“Philophrosyne” (formerly S/2003 J15), is the granddaughter of Zeus and sister of Eupheme.  Philophrosyne is the spirit of welcome and kindness.

“Eupheme” (formerly S/2003 J3), is the granddaughter of Zeus and sister of Philophrosyne. Eupheme is the spirit of praise and good omen.

“I was blown away by the enthusiastic response for this contest,” the Carnegie Institution’s Sheppard said. “I hope the thought of these moons let everyone ponder the wonder and amazement that is our universe.”