Fire Breaks Out in the Athens Suburb of Vyronas (video) 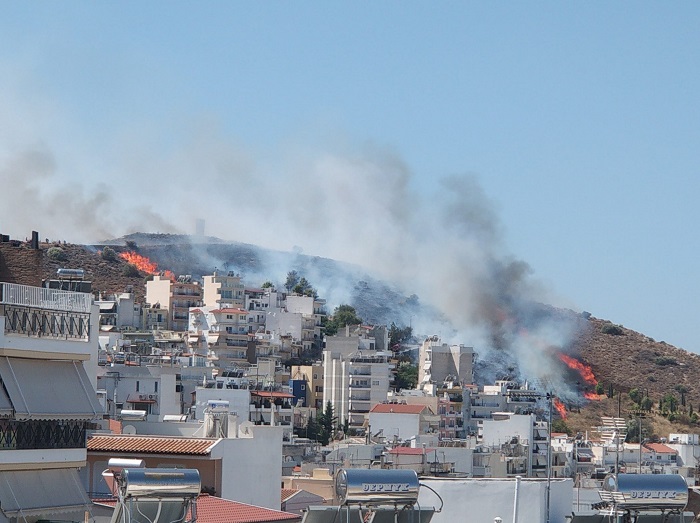 Dozens of fire fighters are battling a blaze on the slopes of Mount Hymettus near the Athens suburb of Vyronas on Wednesday.
The fire broke out at around 11 AM local time and spread quickly, aided by strong winds.
A force of 32 firefighters, with 15 fire engines, one helicopter and a corps of volunteers have responded to the emergency and are working in the area to put out the fire at the present time.