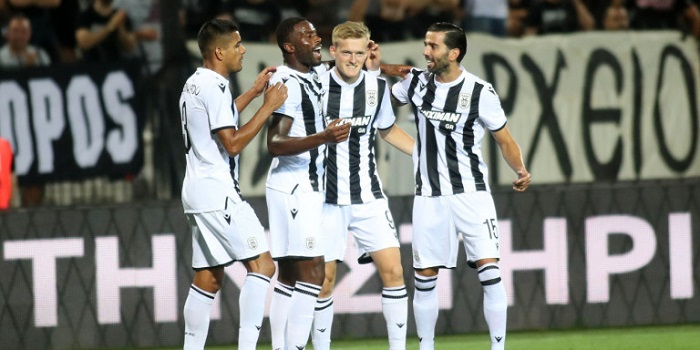 Reigning champions PAOK started the defense of their Super League title with a 2-1 win against Panaitolikos at the Toumba stadium on Sunday night.
Goals from Karol Swiderski and Josip Misic put the Thessaloniki club in firm command. Portuguese midfielder Dálcio netted a consolation goal for the visitors deep into added time.


Olympiacos kicked off their campaign with an 1-0 win over Asteras Tripolis on Saturday. Super League debutant El Arabi coolly converted a penalty in the early stages to ensure the three points.

AEK’s dreadful start to the campaign continued, as the Athens club conceded a miserable 2-1 defeat to Xanthi at the Olympic Stadium. AEK owner Dimitris Melissanidis has reportedly sacked Portuguese manager Miguel Cardoso after the game.