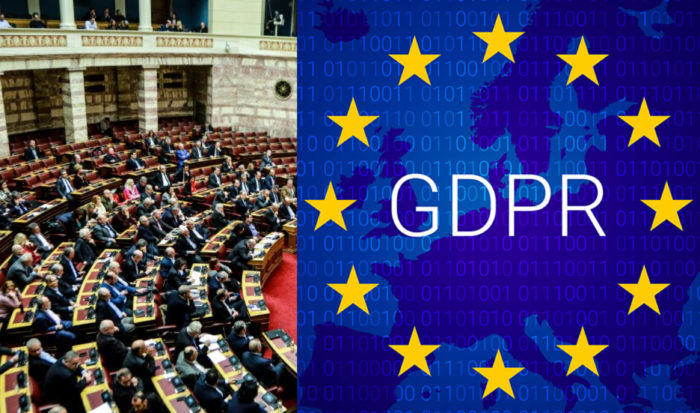 A plenary debate on proposed legislation regarding data privacy, which incorporates EU directives into Greek national law, opened in the Greek parliament on Monday, using fast-track procedures.
This comes as a result of a recent decision by the EU to refer Greece and Spain to the European Court of Justice, since the two countries have so far not incorporated the well-known “GDPR Data Protection Directive” into their national laws.
Greece could face a stiff fine of €1.3 million, payable in one lump sum, with additional penalties of €5,287 per day, if the country did not add the EU Directive into the body of its national law.
“It is not just a fundamental obligation of the country towards the EU that has obviously created a huge issue for the country’s image; it is not just the proposals for the fines or the referral to the European Court; there is also a fact that we must finally understand, which is the need to have real protection of data privacy,” stated Justice Minister Costas Tsiaras.
The Greek Justice Minister made his remarks during the debate on the bill which took place before the parliamentary committee charged with discussing the issue.
The data protection bill is expected to be voted on by members of Parliament on Monday evening.