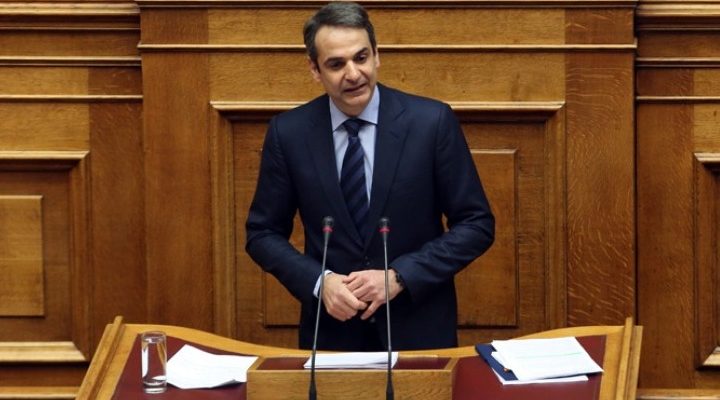 Greek Prime Minister Kyriakos Mitsotakis will meet soon with several European leaders in order to present his plans for the Greek economy and to boost confidence in investing in the country.
The prime minister will meet with French President Emmanuel Macron in Paris on August 22, and on August 29 he will be in Berlin for a meeting with German Chancellor Angela Merkel. He will then fly to Amsterdam for a September 2 meeting with Dutch Prime Minister Mark Rutte.
The Greek prime minister will be also in New York for the UN Summit on September 23, and he is planning sideline meetings with world leaders there for the purpose of attracting investors to Greece.
Mitsotakis is expected to raise the issue of the reduction of primary surpluses in his meetings with the leaders of France, Germany and The Netherlands. He will stress the positive course the Greek economy is now taking, and the confidence that international markets have begun to show in Greece.
At the same time, the Prime Minister will present new legislation with his planned reforms, privatizations of formerly state-held companies, and a host of other perks which are designed to attract investors and create jobs.
The Prime Minister’s first round of international parleys will close just a few hours before he heads back to Thessaloniki for the Thessaloniki International Fair (TIF), where he will present his government’s program and its targets for 2020.
Traditionally, the Prime Minister’s annual speech at the TIF has served as a presentation of the government’s goals for the upcoming year, and opposition parties present their agenda at the same time.
According to Maximos Mansion sources, Mitsotakis will not make grand promises to the Greek people in this year’s speech. Instead, he will present a step-by-step overview of the government’s program to generate new wealth and boost the incomes both of the middle class and those who are struggling.