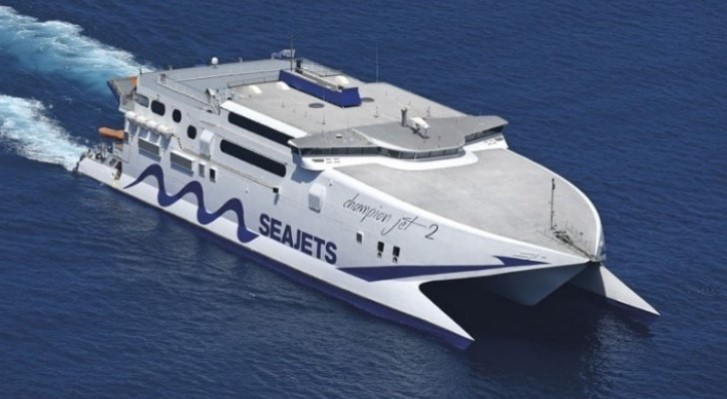 The Greek government announced five measures on Monday afternoon which it hopes will address the problem of transportation between the island of Samothrace and the port of Alexandroupolis on the Greek mainland.
The government announced steps to deal with the issue following a meeting between the Ministers of the Interior, Tourism, Transportation, Island Policy. Other officials from the Greek government and the regional administration of Eastern Macedonia and Thrace also took part in the conference, which was held at Greek governmental headquarters at Athens’ Maximos Mansion.
According to the announcement, the government will carry out the following measures:

2. Optimizing the framework for contracts in order to secure better future connections, including the possibility of a replacement ship for ferry routes.
3. Immediately initiating cleaning and restoration work in the ports of Kamariotissa and Thermi on Samothrace. The first funds from the Ministry of Maritime and Island Policy to the Port Authority of Alexandroupolis have already been made available for this purpose. The vital modernization and upgrading of the ports of the island is now accelerating.
4. Adding €4.5 million to flood protection projects which were already announced after the September, 2017 disasters. An additional €3.5 million in road maintenance projects implemented by the regional authorities of Eastern Macedonia and Thrace will also be granted.
5. Increasing the number of tourist arrivals on the island, especially by attracting more Romanian tourists, who make up approximately one-third of the island’s visitors, following consultation with the Ministry of Tourism.
A new ferry line connecting Samothrace, Alexandroupolis and Limnos will also be launched in the future.
Many tourists were left stranded on the island last week as the result of mechanical failures in both ships which connect the island of Samothrace to the city of Alexandroupolis. This unfortunate situation resulted in the island being completely cut off from the Greek mainland for several days.