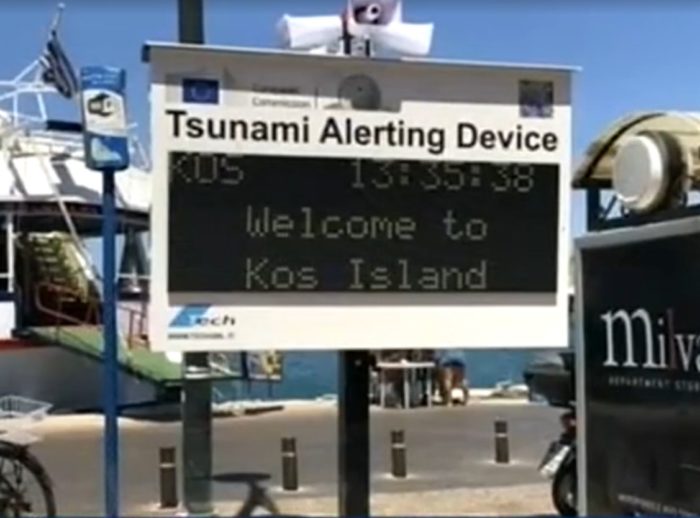 The two new tsunami warning signs which were recently placed at locations on the island of Kos have sparked negative reactions, primarily among tourist businessmen on the popular Greek island.
Following a request from the mayor of the island, the European Union‘s Joint Research Center and the Greek National Tsunami Warning Center decided to place two electronic warning signs in central spots on the island, to alert people in case there is a chance of a tsunami.
These new signs have sparked controversy, however, as Constantina Svynou, the president of the local union of hotel owners claims that the signs simply ”terrorize” tourists for no obvious reason.
Kos experienced a small tsunami, consisting of one 1.5-meter high wave, after a strong earthquake hit the island in 2017.