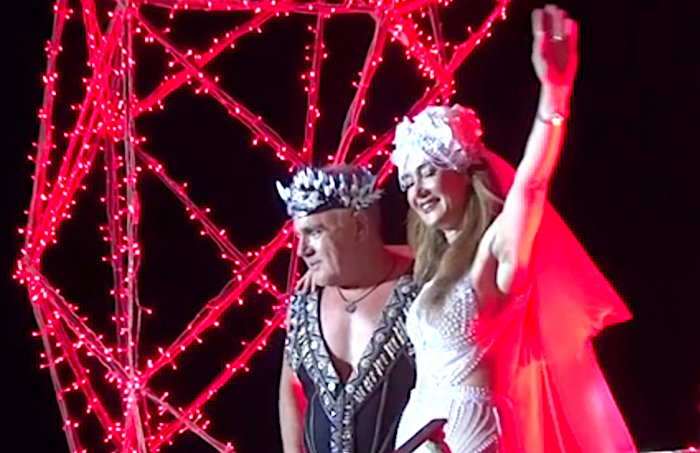 More than 700 VIP guests gathered at a club on the cosmopolitan Greek island of Mykonos on Thursday for a party thrown by Israeli business magnate and philanthropist Idan Ofer.
The extravaganza was organized by Ofer to celebrate the tenth anniversary of his wedding to his fourth wife, Batia Ofer, who is also a philanthropist, and who serves on the advisory board of Sotheby’s.
According to mykonoslive.tv, the party cost approximately 5 million euros and the preparations for it took weeks.
Ofer is the majority shareholder of Pacific Drilling, listed on the New York Stock Exchange, and the Israel Corporation, listed on the Tel Aviv Stock Exchange, as well as Kenon Holdings, which is listed on both stock exchanges.
The Israeli businessman has donated millions to the London School of Business and the John F. Kennedy School of Government at Harvard University. He also owns a 32 percent stake in the Spanish football club Atletico Madrid.