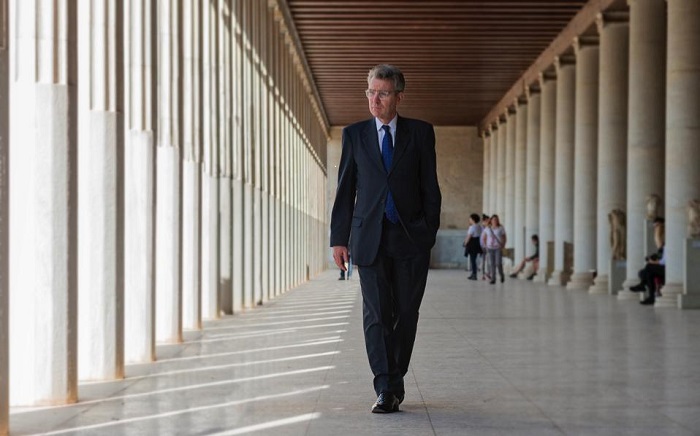 Ambassador Geoffrey Pyatt is to remain the US’ top diplomat in Greece, according to reports which came to light on Tuesday.
The Hellas Journal quoted a top US official as saying that Pyatt’s tenure in Athens will be extended beyond October, 2019, when it is due to end officially.
The American diplomat, who was first nominated by President Barack Obama to his post in Greece, is considered in Washington to be very successful envoy, according to the Hellas Journal.
Pyatt began his diplomatic career in Honduras, working as vice-consul and economic officer in Tegucigalpa from 1990 until 1992.
The highest position he held before his current post was Deputy Chief of Diplomatic Mission in India in 2006 and 2007. Pyatt subsequently served as deputy chief of the US mission to the International Atomic Energy Agency and other international organizations in Vienna, Austria.
Prior to his current ambassadorship, Pyatt was the Principal Deputy Assistant Secretary of the Bureau of South and Central Asian Affairs from May of 2010 until July of 2013.