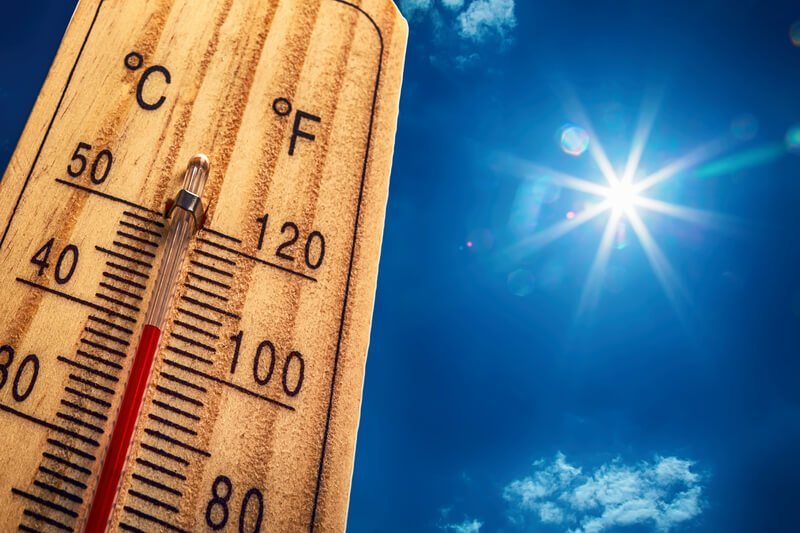 Temperatures in Greece are expected to rise gradually, beginning on Wednesday, with meteorologists expecting a new heat wave by the weekend which could possibly last through August 15th.
The Hellenic National Meteorological Service issued an emergency announcement that temperatures may rise as high as 40 degrees Celsius (104 degrees Fahrenheit), beginning on Thursday.
The new heat wave will start cranking up the temperatures tomorrow in western, central and northern Greece, when the thermometer will hit up to 38 degrees Celsius (100.4 degrees Fahrenheit). The most difficult day of the heat wave will be Friday, when temperatures will climb as high as 40 degrees Celsius in western central Greece, Thessaly and central Macedonia.
However, winds from the north measuring 6-7 points on the Beaufort scale will sweep through the Aegean on Wednesday.
Authorities have accordingly declared a High Fire Risk throughout the regions of Attica, Boeotia, Euboea, Lesvos, Chios, Samos, Ikaria, Cyclades, Crete, Kythera, Laconia, Argolis, Corinthia and Achaia, in accordance with the provision of the General Secretariat for Civil Protection.
Temperatures will reach 38-40 degrees Celsius in many areas on Friday. The high winds in the Aegean will weaken throughout the weekend and temperatures will then rise again gradually over the next several days.
The strong winds will stop by Monday, when temperatures will again rise.
Meteorologists predict that the high temperatures will continue throughout next week and remain in place through August 15. However, some meteorologists say that it is too early to predict the exact weather for the Greek Orthodox Feast holiday on August 15th.