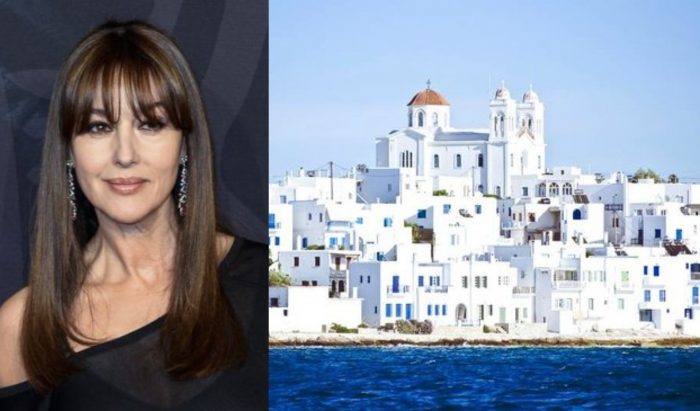 Famous Italian actress and model Monica Bellucci was spotted on the Greek island of Paros a few days ago, where she was seen spending some relaxing moments during her summer holidays.
Bellucci has been known to visit the island for quite a few years now. The Italian star spends her days in Greece on Paros because a friend of hers owns a house on the beautiful Greek island.
According to several media reports, Bellucci has shown interest in buying her own house on Paros, but until she does so, she continues to enjoy the hospitality of her friend and the local people.
Speaking with Greece’s “OPEN tv“ channel, Marios Tsachpinis, the owner of a well-known restaurant on the island, said that Bellucci dined there one night with her friends.
”People were approaching her to talk to her and she was greeting everyone,” Tsachpinis noted, adding that ”she’s a very polite and elegant woman.”
Bellucci has had a long and successful career in both modeling and acting and is considered to be one of the most beautiful women of her generation.