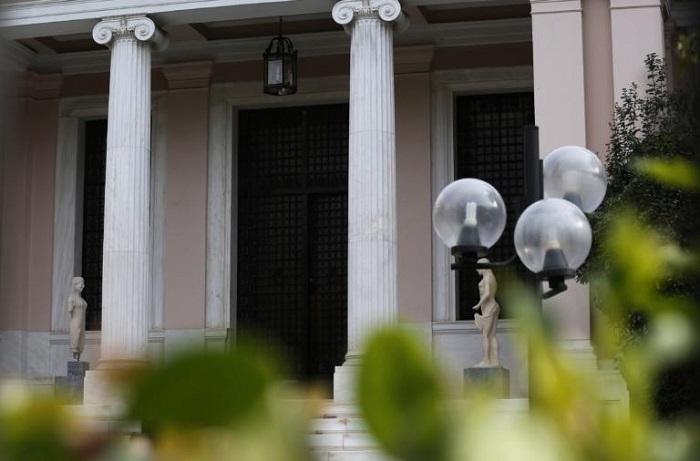 Greek PM Kyriakos Mitsotakis on Thursday announced the reorganization of the country’s national security agencies. This includes the creation of a new post, which has the title “National Security Advisor in the Office of the Prime Minister.”
“The main objective for the government is modernizing the country’s security policies. That is why it was decided that we need to institutionalize the position of a security advisor who would support the prime minister and communicate with the Defense Ministry,” the press service said in a statement.
Admiral Alexandros Diakopoulos was appointed to the newly-created post.
Mitsotakis also appointed Panagiotis Kontoleon as the new Commander of the Greek Intelligence Service (EYP) on Thursday.
The government is streamlining the EYP to better tackle not only traditional threats, but new dangers as well, including cyber warfare. It is also being tasked with discerning the interrelationship between terrorists and criminal activity at a global level, which has geopolitical implications, according to the statement.
In this context, the EYP is also being strengthened by three deputy commanders, which the statement says will “broaden its organizational and operational horizons.”
The new officials include Vasileios Grizis, who served as director of the Center for Security Studies (KEMEA) for 7 years, and will have operational responsibilities within the organization.
Dionisis Melitsiotis, who is currently a lecturer at the University of Western Attica, will be responsible for organizational matters at the EYP.
Anastasios Mitsialis will be in charge of the EYP’s international relations. He has represented the New Democracy Party in the National Council on Foreign Policy since 2016.