GRNews
GreekReporter.comGreeceOlympiacos Cruises Through to Next Round of Champions League (video)

Olympiacos Cruises Through to Next Round of Champions League (video) 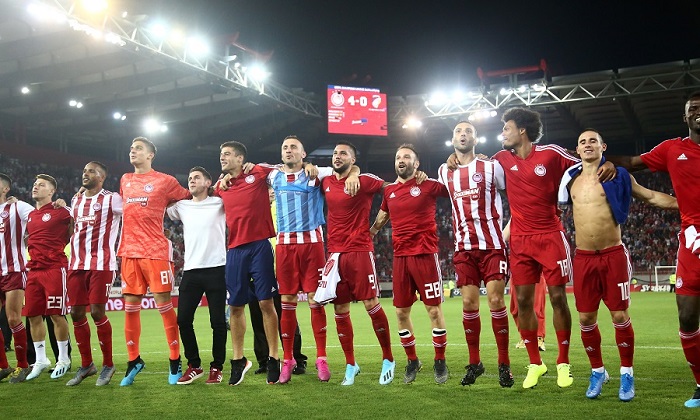 An impressive second half performance by Olympiacos on Tuesday evening against Viktoria Plzen secured for the Greek side a place in the third round qualifying round of the Champions League.
The Piraeus club won 4-0, after the goalless draw away a week earlier, and will face Istanbul Basaksehir on the sixth and the 13th of August in the next round.
Olympiacos was certainly anxious to score at the first half of the game and despite the many attempts of its players, the two teams finished the first half with a 0-0 draw.
But at the second half the Greek team released the tension by scoring two times with Guilherme at the 51st minute of the game and Guerrero at the 70th.
At the 73rd minute of the game, Guilherme scored once more and at the 82nd minute Olympiacos scored again with Ruben Semedo.
It was a deserved victory for Pedro Martins’ side, who controlled the match for long spells in front of a packed Georgios Karaiskakis stadium in Piraeus.