GRNews
GreekReporter.comEnvironmentAnimalsGreek Dog Who Mourned Death of Owner at Shrine Has Been Taken 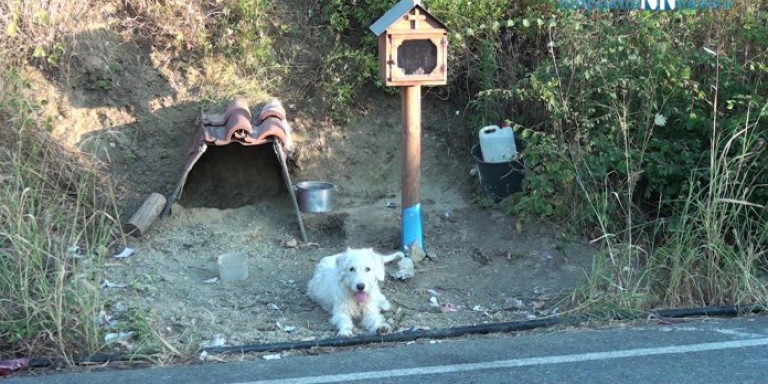 The modern day Hachiko in Nafpaktos, who stole peoples hearts when he refused to leave the roadside shrine marking where his owner was killed in a car accident, has disappeared after being taken by unknown individuals.
People everywhere were touched by the snowy white dog’s devotion and persistence as he sat next to the shrine that had been set up at the end of the national road after his owner’s tragic death.
As soon as the dog’s story became known, many local people began to bring him food and water. Unfortunately, unknown individuals have now taken the dog, as he has not been seen for some time.
The people who took the dog simply left a note, without even saying who they are or leaving any contact information. The note which they left next to his tiny, makeshift doghouse says the following:
“Hi, we took the dog with us. We drove by and couldn’t just leave it. Don’t worry, we will take good care of him. We will contact the newspaper that wrote about his story, with news about the dog.” 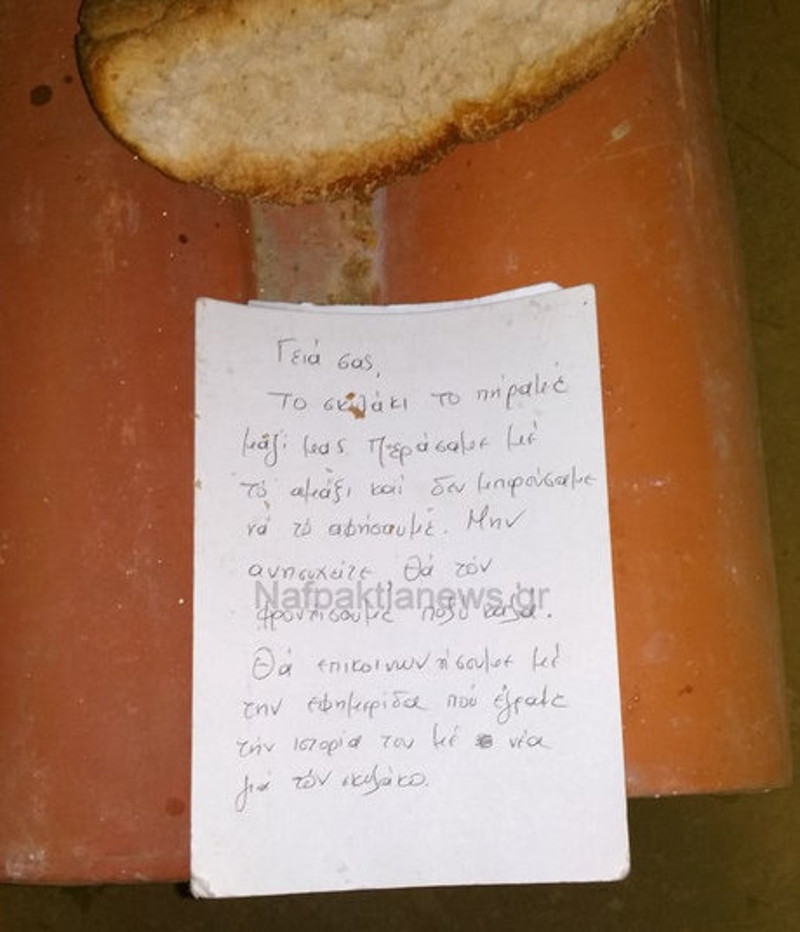 Some believe it is understandable that the sad sight of the dog sitting at the edge of the busy national highway might have prompted doglovers to take the animal home with them. It is altogether believable that this modern-day Hachiko has found a new home, where he is finally well-cared for again and has a decent home away from busy roads.
However, the people of Nafpaktos are extremely upset over the taking of the dog and have demanded that he be returned and left at the shrine of his beloved master, where he had chosen to live.
This opinion was echoed by a woman who had taken care of the dog, as she was interviewed on nafpaktianews radio.