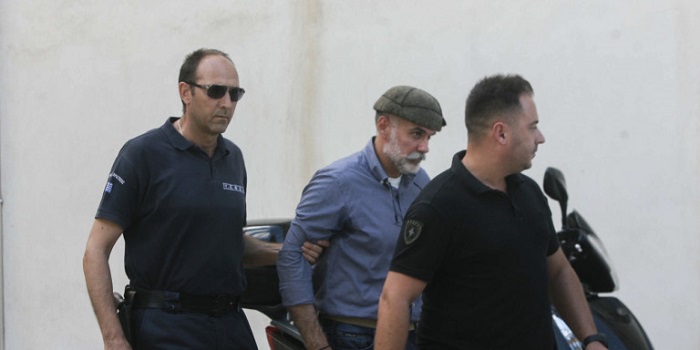 The former police officer who was sentenced to 13 years’ imprisonment for the murder of 15-year-old protester Alexandros Grigoropoulos in 2008 was released from jail on Tuesday.
Epaminondas Korkoneas has served 11 of the 13 years of his sentence and his defense lawyers took advantage of new measures which were instituted recently for convicts who have exhibited good behavior and are judged to have lived a previous lawful life. This legislation had been introduced by the previous Greek government of Alexis Tsipras.
The unjustified murder of the young teenager on December 6, 2008 in downtown Athens caused what are now called the ”2008 Athens riots,” comprising some of the worst rioting to ever take place in Europe.
The 2008 riots and widespread unrest are perceived by many as the point at which Greece entered the first phase of the ten-year economic and social crisis, which lasted until 2018.
Every major city in Greece witnessed incidents of rioting and vandalism in the days that followed the murder of Grigoropoulos, who had been taking part in a demonstration when he was killed.
Clashes between rioters and police also took place in more than 70 cities around Europe, including Amsterdam, Barcelona, Berlin, Brussels, Copenhagen, Dublin, Frankfurt, London, Madrid, Nicosia, Paris, Rome, and others.