GRNews
GreekReporter.comentertainmentCelebritiesMykonos Splashes it Out for Biggest Concert of the Year (video)

Mykonos Splashes it Out for Biggest Concert of the Year (video) 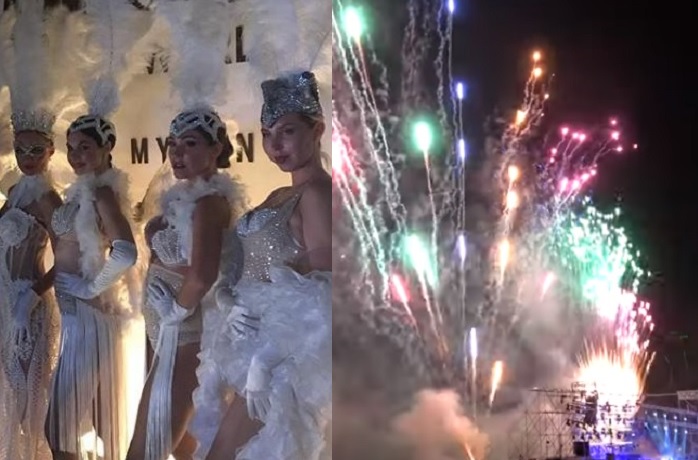 Guests paid up to 1,500 euros each for the privilege of attending the biggest concert of the summer on Mykonos, held at the famous nightclub “Nammos” on Thursday evening.
Featuring Greek pop star Antonis Remos, hundreds gathered under the stars at the island’s chic Psarou Beach to enjoy the show, which included Egyptian singer Amr Diab as well as exotic dancers.
Fireworks lit up the sky when Remos came on stage a little after 3:00 AM. The Greek superstar greeted the multinational crowd in several languages and urged them to make some noise.
Remos sang a long set of his most well-known songs until dawn, and many from the audience waded into the shallow waters to have a better view and to dance away the early hours of the day.