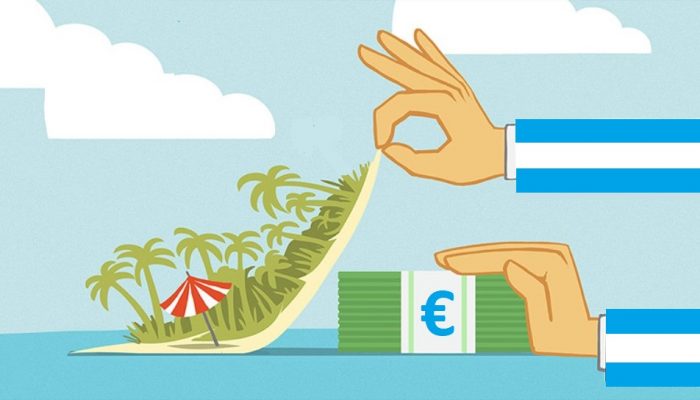 AADE, the Greek Public Revenue Authority, disclosed some interesting information on Thursday about the magnitude of tax evasion and tax violations in its cities and on the major Greek islands for the month of June.
The AADE and other Greek authorities recently sent hundreds of inspectors across the country, particularly to famous tourist destinations, to check whether businesses in these areas are implementing all the necessary steps in regard to tax laws.
The findings of the AADE for the month of June revealed that fully 32 percent of the 7,700 businesses which were inspected that month had breached some tax laws in one way or another.
The main focus areas of the inspectors were three mainland cities and several popular islands, in both the Aegean and the Ionian Seas.
On the mainland, the city which recorded the most violations was Thessaloniki, the capital of Macedonia.
Inspectors found that fifty-five percent of the businesses in Greece’s second-largest city had violated some tax regulations, out of a total of 289 inspections made there.
Greece’s capital city of Athens recorded violations in 37 percent of the total number of businesses that were investigated there; the corresponding total for the Western Greece capital city of Patras was 36 percent.
The area with the most tax violations for the month of June was the popular Ionian island of Corfu.
There, fully 60 percent of the businesses checked were found to be violating tax rules, with the Aegean island of Santorini not far behind in second place, with 56 percent of its businesses showing some sort of tax evasion or tax violation.
The AADE issued a per-sector list for tax violations in June as well, which showed that a shocking 81 percent of taxi drivers violated tax laws during that month.
Taxis were followed in their lack of adherence to the tax laws by car washes, travel agencies, legal firms, gas stations and many other sectors of the business world across Greece.