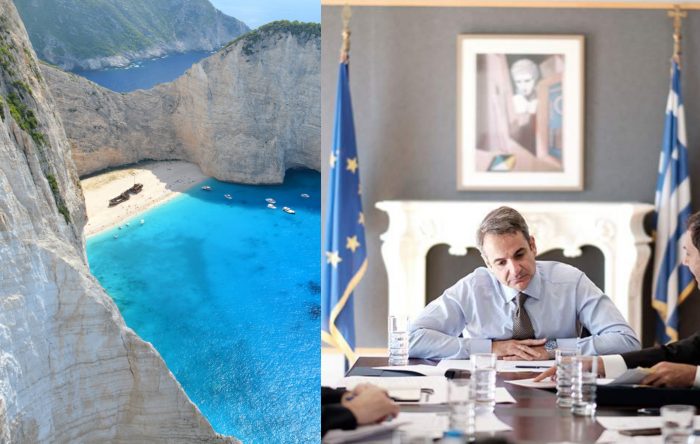 New Greek Prime Minister Kyriakos Mitsotakis continued his visits to the country’s ministries on Thursday, with the Ministry of Tourism taking prominence on his schedule for today.
“Tourism is the largest sector in Greece, and it is where Greece has unquestionable – and to some extent untapped – comparative advantages,” the Prime Minister stated.

“The country needs a ten-year plan for tourism in the future, which, as Tourism Minister Harris Theoharis has said, will focus on competitiveness, innovation and sustainability. Today, there can be no tourist product in Greece that does not give priority to environmental protection,” Mitsotakis stressed.
The Prime Minister said that this ten-year plan will be drafted within the next six months, in cooperation with the tourism sector, adding: “We want the contribution of the private sector, which is the one that kept Greek tourism up and running in the years of the crisis.”
Mitsotakis concluded his statement at the Ministry by saying that, as he sees it, his government’s job is to make sure that things which have never been done before are finally going to be accomplished.
”That is why we want clear timetables, clear targets, and we expect the relevant ministries to implement them. I hope this tourist season will be as successful as possible and that we will make the best use of our time to do what Greece deserves, not only for its citizens but also for its visitors,” Mitsotakis declared.