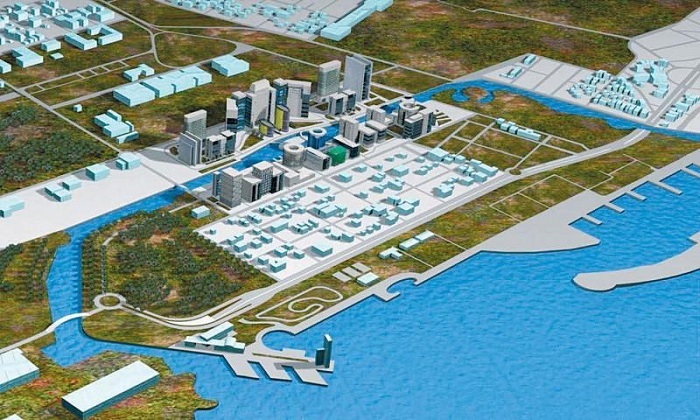 Prime Minister Kyriakos Mitsotakis held a meeting concerning the development of the former Hellinikon airport on Thursday with representatives of Lamda Development, the firm in charge of the stalled project.
The aim of the government, according to Development Minister Adonis Georgiadis, is to proceed with investment in the gigantic project in 2019.
“The investment in the former Hellinikon airport is a big bet. I believe that the works will have started by the end of the year. This is my goal. We are moving quickly. The prime minister has told us to intervene at all levels of the administration to go faster,” stated Georgiadis.
Earlier in the month, Greece’s highest administrative court, the Council of State, issued a series of rulings which removed obstacles to the enormous, multi-million-euro development project.
The development at Hellinikon, regarded as the largest urban regeneration project in Europe, was stalled for years due to objections by residents and environmental groups as well as Greece’s Archaeological Service.