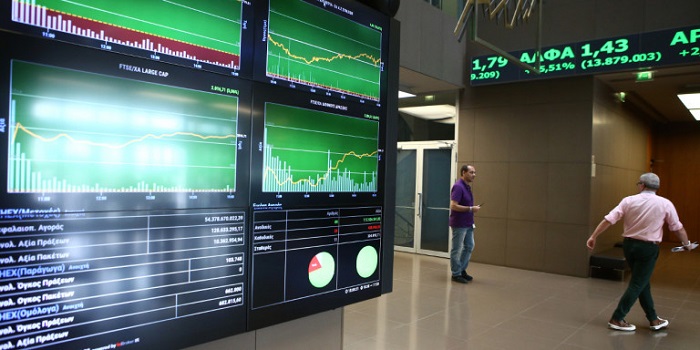 Greece’s borrowing costs have tumbled to a record low on Wednesday, reflecting hopes among foreign investors that the new government will be able to reinvigorate Greece’s reform program.
The 10-year bond yield fell 2.6 percent on a daily basis on Wednesday to 2.006 percentage points, having dropped as low as 1.99 percent during the day. The US bond yield stood at 2.046 percent.
Greece’s five-year bond yield also fell to a historic low of 1.036 percentage points, shedding 4.4 percent from Tuesday, while the new seven-year paper, issued last week at a yield of 1.9 percent, was trading at 1.578 percent on Wednesday. 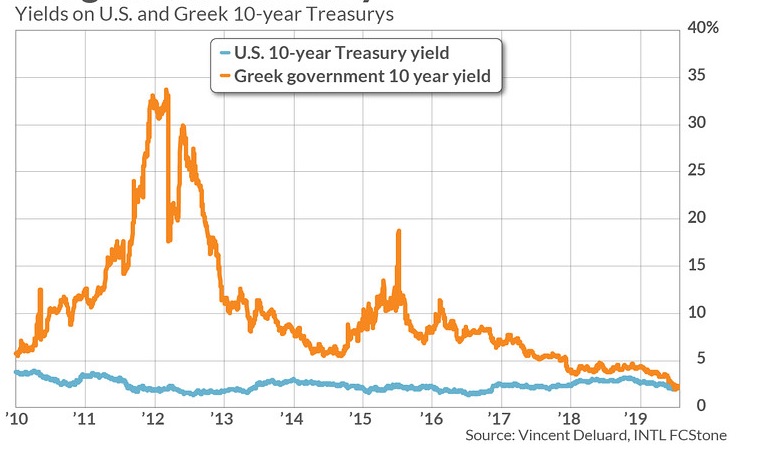 This marks a stark turnround for Athens, which underwent the world’s biggest government bankruptcy in 2012 and is still laboring with one of the largest debt burdens, at about 180 per cent of gross domestic product.
The Financial Times says that the country’s bond rally has been strengthened by the general election victory of the conservative New Democracy (ND) party. Investors hope that ND will be able to reinvigorate Greece’s reform program.
It is also due to rising hopes of a renewed bond-buying program from the European Central Bank, the FT says.
Greek yields have fallen over 200 bps since the start of the year, and outperformed peers such as Italy, partly fuelled by the recent elections.
“Under the leadership of the centre-right party New Democracy, the incoming government’s measures could boost Greece’s economic growth potential and alleviate outstanding socio-economic challenges,” S&P Global said earlier in the month.
The ratings agency said that this view was already captured in its positive outlook on Greece, which it rates B+.