Special Meeting Called as Greece Prepares For a ''No-Deal'' Brexit 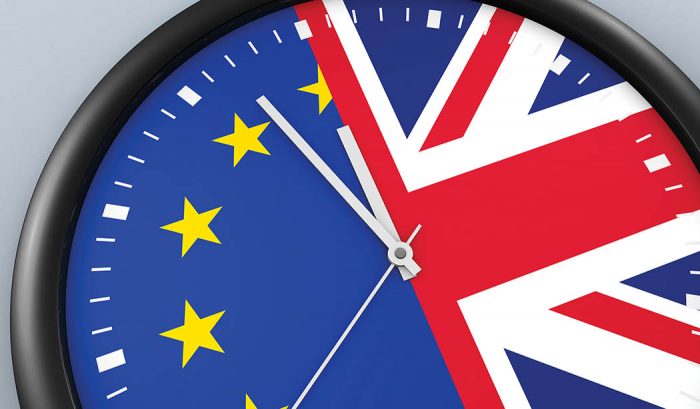 The Greek government will soon start preparations to cope with a disorderly Brexit and any negative repercussions this may have, Greece’s Alternate Foreign Minister Miltiades Varvitsiotis said on Wednesday.
Varvitsiotis, who is responsible for European affairs, made the statement prior to a special meeting on Brexit convened at the country’s Foreign Ministry.
All the relevant staff of other ministries involved were present at the meeting.
“Boris Johnson’s election as PM of the United Kingdom creates the conditions for a disorderly Brexit,” Varvitsiotis said, adding that the prospect of the UK breaking off from the European Union without a deal “means that we must work to prepare for all aspects of this exit.”
Such preparations will first cover Greece’s relations with the UK on an economic and educational level.
Of equal importance are the relationship of Greek citizens residing in the UK with the authorities of the country, as well as the relationship of British nationals who live in Greece with the Greek authorities here.

Other aspects that need to be considered, in case the UK breaks off from the EU without a plan, include tax issues as well as ensuring that Greek pharmacies have sufficient stocks of medicines imported from the UK.
“For us, the UK’s departure is an unpleasant development that weakens the EU, and we will fight on a political level to ensure that this happens in a way that is smooth and in the best interests of both sides,” Varvitsiotis noted.
”Greece must be prepared for the possibility of a no-deal departure for the UK on October 31, so that the impact on Greece’s economy and on bilateral relations between the two sides is minimized as far as possible,” the Greek Minister said.
Varvitsiotis added that there was a “list of hundreds of pending issues that we must look at, because if they are not covered by an overall EU-UK agreement, all these agreements must be drawn up on a bilateral, national level.
”For this reason we must be prepared so that on October 31 – which is the final date for the negotiations – Greece is not left at a loose end,” Varvitsiotis said.
The Greek minister concluded his statement by pointing out the longstanding bilateral ties between the two countries, noting that all actions will respect both the “relations we have but also the relations that we will build from here on.”

Mr. Avgolemonos: A Unique Athenian Character and His Bukowski-like Philosophies

Internet Use Skyrockets in Greece During Lockdown