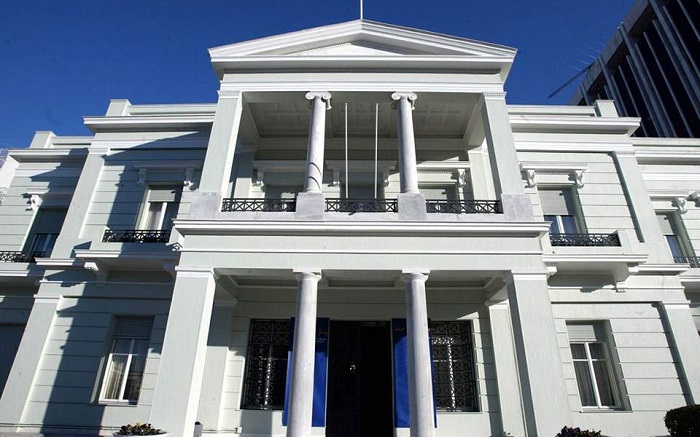 The Foreign Ministry of Greece issued a statement on Tuesday evening calling for the immediate release of a British-flagged ship seized as it passed through the Straits of Hormuz in the Persian Gulf.
The Greek authorities called for the immediate release of the vessel “Stena Impero,” which was seized on July 19. The tanker ship is manned by 23 crew members.
”As a seafaring country, Greece attaches great importance to ensuring freedom of navigation everywhere in the world. Actions against the freedom of navigation, as enshrined in international law, cannot but be condemned,” the Greek Ministry noted.
”The immediate release of the crew and the unimpeded continuation of “STENA IMPERO’s” journey is expected, as a demonstration of respect for the provisions of international law,” the statement concludes.
The ship and all of its crew were captured by the Iranian Revolutionary Guard on Friday, under the pretext that it had violated international maritime rules.
This move came two weeks after Britain had seized an Iranian tanker ship carrying oil off Gibraltar, and as tensions continue to rise between the West and Iran.
The atmosphere recently became particularly strained after the US’ unilateral decision to withdraw its support from the so-called ”Iran Deal,” which limited Iran’s nuclear ambitions in exchange for lifting economic sanctions imposed against the country.